Vandals have damaged thousands of vines at Sark vineyards belonging to the Barclay brothers. 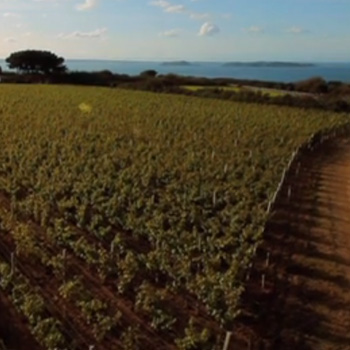 Police have been called to investigate the damage, which happened under the cover of darkness on Friday evening.

The vineyards, which are owned by Sir Frederick and Sir David Barclay, were damaged just hours before a protest was planned. The protest was due to take place on Saturday morning aimed at the brothers’ plans to expand their vineyards on the island.

It is estimated that around 40,000 of the 100,000 were damaged after wire were cut and fertilizer bags slashed.

Sark Constable Adrian Guille told the BBC: “We believe sometime on Friday night someone got into various fields belonging to Sark Estate Management and cut the wire supports of the vines.”

The island has no cars and a population of just 600, so that may make it easier for the police investigation.

The Barclay brothers, who own the Ritz Hotel and Telegraph newspapers, have been the focus of complaints from some islanders, who are upset at plans to increase the amount of vineyards on the island.

Rosanne Byrne, a member of Sark’s parliament who also organised Saturday’s protest, said: “I do not support criminal damage, however important the issue is.

“My grandparents used to talk at little bit about that it was like under the Germans, and now feels like another occupation.

“I welcome a full police investigation to find out who is responsible.”