We count down the world’s largest beer brands according to case sales and consider their performance over the last year. 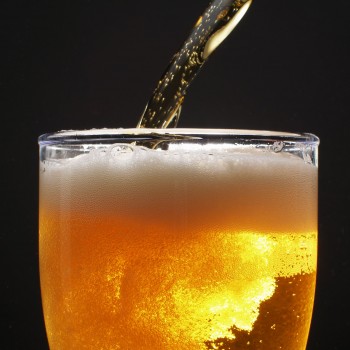 Chinese beer brand Snow continues its dominance of the global beer market, although it is showing signs of slowing down.

Coors light is the major mover up the pack, as light beers make a recovery from last year’s declines.

Over the following pages is a brief health check of the world’s 10 biggest beers, complete with their latest news, as well as volume sales figures for 2011 and 2010. 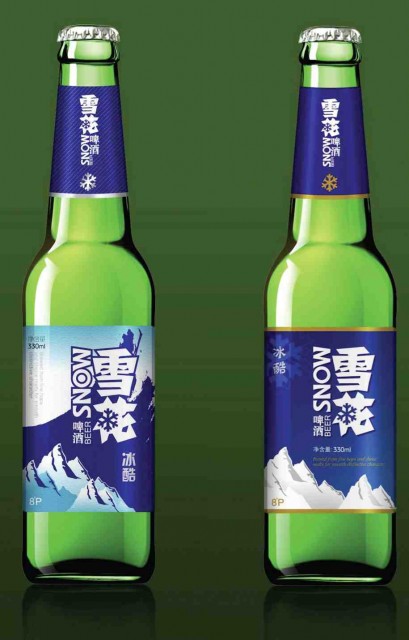 The world’s top-selling beer is a pale, Budweiser-like brew that barely anyone in the West has ever heard of, let alone tasted.

It is Snow Beer.

The Chinese drank 16.5 billion pints of Snow last year, making it easily China’s favourite and roughly twice as popular as Bud Light, the global beer from which it snatched the number one spot back last year.

The Snow range of brands accounted for 84% of sales at the China Resources-SABMiller joint venture in 2008. Snow may not yet generate as much profit for SABMiller as Bud Light does for its rival,Anheuser-Busch InBev, but the Chinese beer market is expected to grow 5% annually in coming years, twice the growth

of the global market in 2011. US and European beer drinkers, sobering up fast thanks to the poor state of economies in the developed world, are steadily reducing their own consumption. In the five years to 2011, the Chinese beer market grew by 29% in volume terms to 50 billion litres, but by 63% in value terms, making for a market value of 454bn yuan (US$71bn). 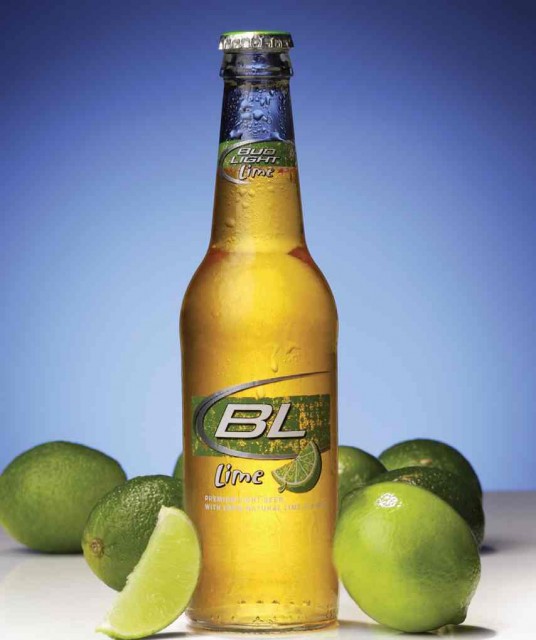 The announcement this year that AB InBev had agreed to buy Corona maker Grupo Modelo is the latest move in a long trend of consolidation in the beer market,

Investment in the brand has seen it continue sponsorship deals with USA’s National Hockey League and Major League Baseball. The further small slide this year though means AB InBev needs to continue pushing the brand overseas.

Budweiser’s sales volume outside the US soared 20% in 2011, the second straight year the iconic American brand has posted double-digit growth abroad, part of an increasingly successful global expansion push by AB InBev. The rapid growth of Budweiser in markets from Canada and Brazil to Russia and China has put Budweiser firmly back into positive territory globally, just over three years after InBev acquired St. Louis-based Anheuser-Busch in a US$52bn deal – creating the world’s largest brewer.

Budweiser’s presence in the UK has been further cemented with their continued sponsorship of the FA Cup. The Football Association will receives an estimated £24m from Budweiser over three years to sponsor the world’s oldest knockout competition. The beer brand also backs Wembley FC, the non league side. 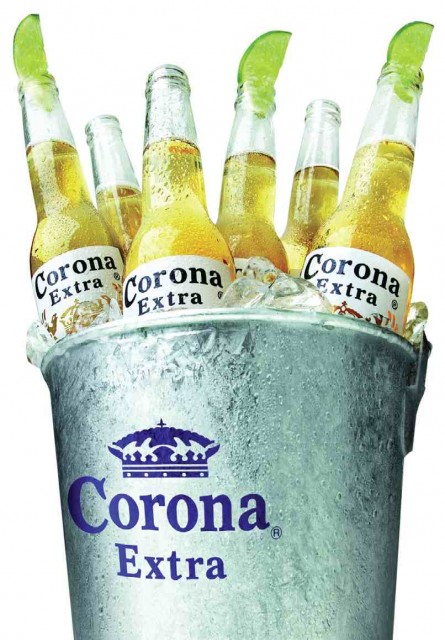 Corona launched its new advertising campaign at the end of May 2012, making the brand the biggest outdoor advertiser in the world beer category this year. The heavyweight campaign puts the beer in a strong position for continued growth as it heads towards 2013.

AB InBev has widened the lead on its rivals after swallowing Corona’s maker,Grupo Modelo. It reached an agreement with Modelo’s controlling families to buy the half of the company it didn’t already own, increasing its access to Mexico’s beer market, which is growing at about 3% a year. AB InBev expects cost savings from the deal of at least US$600m annually after four years, more than most analysts anticipated, plus a further onetime US$500m of cash flow gains. 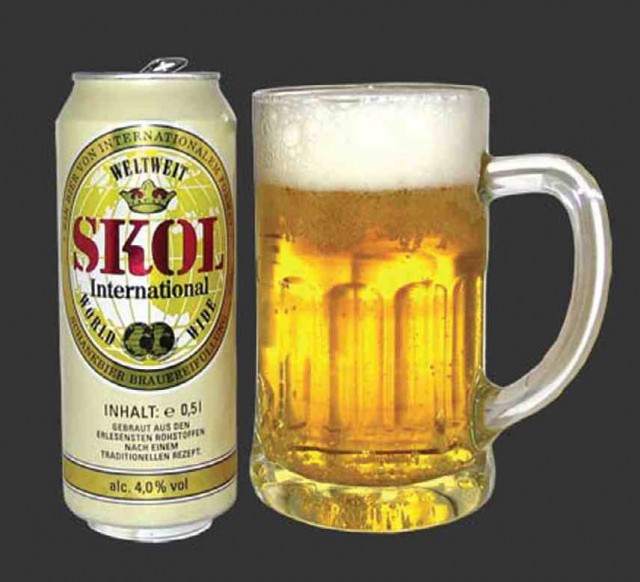 Although still relatively minor in the big  markets of the US, UK and China,Carlsberg has seen growth in its licence area outside Africa and South America.

Unibra holds the licence for Skol in Africa. In terms of marketing, Skol launched a “Get connected with Skol” promotion, which proved popular with social media fans. Skol utilised new a website called Switchcam for a large music festival in Brazil. With its technology you can watch a whole event from multiple camera angles, with a selection of audio tracks. The technology automatically pieces together camera phone footage of events ranging from music concerts to political protests.

Carlsberg believes that the Skol beer brand will grow in strength in key markets despite a slight fall in volume sales in 2011.

Heineken sold more beer at higher prices in Q3 than a year earlier, helped by stronger African markets and a rebound in Russia, to report increases in volumes and revenue. It is a truly global brand, but the Dutch company warned that lower consumer sentiment in the US and Europe and poor summer weather in the latter would hit second half performance.

Western Europe, which represented just under half of group revenue last year, was the company’s worst-performing region, with consolidated beer volumes falling 1.7%.

However, sales picked up in the latter part of the quarter as sunshine lit up late August and September 2011. It has been a good start to 2012 for the beer giant after it was revealed that James Bond will sip one of their drinks in the movie Skyfall instead of his usual Vodka martini. Net profit was also driven up after Heineken increased its shareholding to a controlling stake in Haiti’s top brewery, Brasserie Nationale d’Haiti.

In the US, Budweiser has been pushed aside by Coors Light. It overtook Bud to become the second-largest beer brand in the US.

The milestone, anticipated for more than a year, comes in the wake of years of decline for Budweiser, the only full calorie brew of the top five US beers.

So far in 2012, Coors Light has returned to year-on-year volume growth, but group beer sales are still down. For 2011, operating profits fell by 5.4% to US$1.02bn. Q4 operating profits rose by almost 32% to US$196m. In the UK, Molson Coors is to launch the next instalment of its cult Coors Light ads starring Jean Claude Van Damme, as part of a £6m integrated campaign.

The 10- and 30-second spots titled depict the continuation of Van Damme’s quest in the Rockies. The first execution of the campaign racked up millions of online views when in launched in July last year. 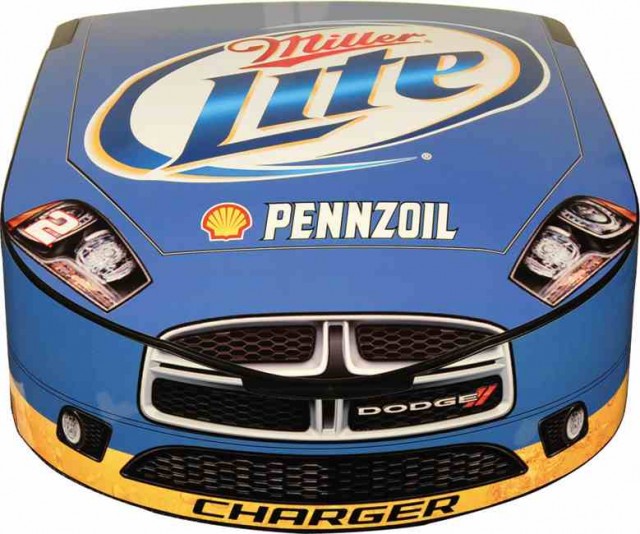 The US appetite for light beer continues as Miller Lite has risen to fourth place for US beer based on volumes.

The brand continues to improve this position and recently launched a marketing campaign, that for anyone named “Miller”, whether first, middle or last name, is entitled to a gift card for a case of Miller Lite, aptly called “It’s Miller Time On Us”. The brand also sponsors the popular Nascar events. 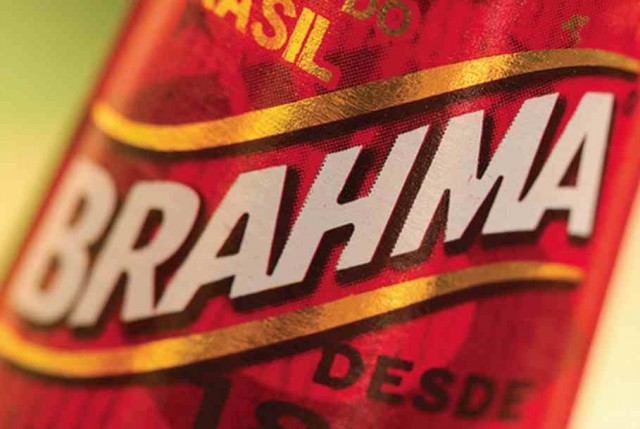 The Brahma beer brand still relies heavily on its South American performances to keep its place in this report. Its marketing campaigns are centred around Brazilian culture – coining a new Portuguese word as part of the brand’s Rio Carnival presence, and including a lavish celebrity filled box at the parade. In a TV ad, Jennifer Lopez is thrilled to be invited by Brahma to “sapucar” in Rio. Lopez is seen turning down invitations from international dignitaries, taking samba lessons and learning Portuguese to attend Carnival and drink Brahma on the beach.

Born out of a desire to create a beer that would complement food, Asahi Super Dry quickly became the most popular beer in Japan – with a population of 127 million, that’s a sizeable market. Now available in over 50 countries Asahi Super Dry has made a major impact in Europe.

It is the top-selling Japanese lager in the UK. In an attempt to sustain its foothold in the US, the company introduced Asahi Super Dry Black, an American Dark Lager beer. Its Grand Kirin is an all malt and hop, true Japanese beer and weighs in at 6% ABV.