A new cru bourgeois certification has brought an air of optimism to the Médoc after 2003’s annulment. But with estates still reticent to join, Sally Easton MW asks if issues around aspects such as blind tasting can be ironed out. 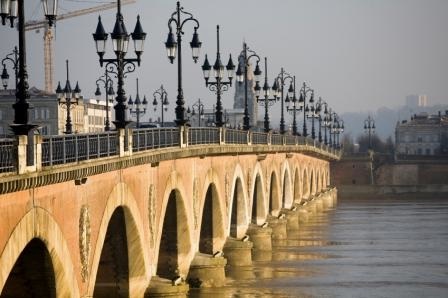 With the cancellation of the 2003 classification in 2007, the cru bourgeois moniker in Bordeaux was due for extinction, but was saved via a third-party accredited, transparent scheme. “Certification rather than classification was the only way to keep [the term] cru bourgeois in the Médoc,” says Olivier Cuvelier, of négociant H Cuvelier et Fils, and vice-president of the Alliance des Cru Bourgeois.

With the 2010 vintage, the Alliance is announcing their third results of this now annual certification based on a blind tasting 18 months after the vintage. The question is, how is this system distancing itself from the acrimony and politicking surrounding the four-year legal battle that saw the 2003 classification annulled?

The mood is generally positive with open acknowledgement of the system’s options for improvement. Martine Cazeneuve, owner of Château Paloumey, says: “We needed strict traceability. We chose Bureau Veritas, which was expensive and drastic, and the only way for cru bourgeois to become legitimate again, and for us to regain our credibility, both for the market – courtiers, négoce – and for consumers.” And now, issues and evolutions are out in the open, the big ones being around the blind tasting required to qualify, a possible ranking and greater stability.

Discussions about the introduction of a ranking emerge from the fact that cru bourgeois is neither a homogenous nor a small group, and prices vary widely, from around €4 to €20 per bottle to the négociant. Cazeneuve says: “We will try in a few years to at least have a ‘superieur’ category, but it is blurry at the moment. We are not all producing the same quality of wine, so it would be good to have a small differentiation.”

The single level of the new certification is one of the things that has deterred the ex-exceptionels from joining the new cru bourgeois. Another, says Edouard Miailhe of Château Siran is the tasting: “It’s difficult to take the risk of not being classified the following year.”

Interestingly, those not joining the new system would not be averse to rejoining an evolving cru bourgeois. A ranking might tempt Miailhe back into the cru bourgeois fold. Frederic le Clerc, of Château La Tour de By might also be tempted back “if the system evolves in a positive way.”

Le Clerc had been deterred by the blind tasting, and it’s this that comes in for the most stick. The tasting of bulk wine takes place between February and July in the second year after the vintage, and châteaux can submit several times, so if they fail the first tasting, a resubmission tasted later may pass.

However Le Clerc says: “Blind tasting can bring a standardisation of taste, and in a big area such as the Médoc, it’s important to have different types of taste.” Patxi Miguel, director at Haut-Medoc Château le Monteil d’Arsac suggests the tasting panels prefer relatively powerful, woody wines: “I presented wine without oak, twice and it failed [twice], then I put in the same wine with oak and it passed. We want to be cru bourgeois, so we will continue to make it with staves.”

Frédérique de Lamothe, director of the Alliance, explained the benchmark quality level, set by a selection of 16 wines drawn from 80, tasted blind, includes unoaked wines, but perception exists that the panel jurors have a preferred style.

Additionally, for a property preferring to bottle early in that second year, such as Château Charmail, this caused a problem for their 2009 vintage. The sample was sent in, the wine bottled, but the sample failed. Bottled wine could not be submitted for tasting, so for 2009 Charmail has no cru bourgeois status, which may baffle consumers.

The Alliance has since amended the rules to give one resampling opportunity in bottle, so the situation should not recur, but it does mean properties have to carefully consider their bottling schedule.

Such things are a heavy logistical burden, so, says Jean-Christophe Mau of Château Preuillac, “we need to find a solution to stabilise the image of cru bourgeois. If a château stays cru bourgeois for five vintages, it would be nice if the château then stays cru bourgeois for ten years.” Even if this one idea were adopted immediately, the system would remain as it is now for another two years. Evolution will not be rapid.

Despite such work in progress, producers are convinced quality has improved. Notwithstanding differing levels of quality within the certification, Jean-Baptiste Cordonnier, of Château Anthonic and Dutruch Grand Poujeaux, says it is “a guarantee for consumers that the wine will be higher quality than mass production of Bordeaux.” François Nony of Château Caronne Ste Gemme adds: “We’re sure the average quality of cru bourgeois today is much better than ten years ago.”

The other big win for consumers is the largely steady prices of cru bourgeois wine. Cottin adds: “There’s never speculation with cru bourgeois. The people who buy cru bourgeois buy it to drink it.”

Nony agrees: “At the end of the 1970s we sold for half the price of Ducru Beaucaillou. Now we are 15 times less.”

And three years in, producers rave about collective marketing benefits. A first visit to China in 2011 saw 96 châteaux attend or send their wines. “All the rising markets that need something to hang onto, understand and like the cru bourgeois because it’s value for money and accessible,” says Nony.

And for less well-known appellations and producers this ranks high among the reasons for applying for cru bourgeois status. While Paloumey’s Cazeneuve does not submit Margaux appellation Château La Bessans, she does for her Moulis-en-Médoc property Château La Garricq “because [La Bessans] doesn’t need cru bourgeois – it sells itself. But it is easier to sell Moulis cru bourgeois than Moulis full stop.”

In a similar vein, Château La Branne owner Fabienne Videau, who has only been bottling their wine for just over a decade, says the benefits for a little-known property of “being in a big tasting with other cru bourgeois opens our minds to do different things. And having the connections through the promotions organised by the Alliance lets us meet other winemakers, commercial buyers, journalists.” Without the cru bourgeois, she says “we would remain here [up in the far north of the Médoc], alone apart from tourists.” So the exposure for improvement-orientated family owners is vast. In a traditional market with a huge number of well-known, well-established names, this is no small thing.

The president of the Alliance, Frédéric de Luze, and owner of Margaux property Château Paveil de Luze acknowledges that while “everything is going well, there are lots of things to improve. We have a few plans we’re working on, if not next year then the year after.”

It indicates a relaxed and far from complacent mood pervades the humbler and higher cru bourgeois, like a job being steadily done.