Is it the economic climate, or a case of jumping on the ale bandwagon? Whichever the case, more brides and grooms are ditching Champagne and toasting their weddings with beer. 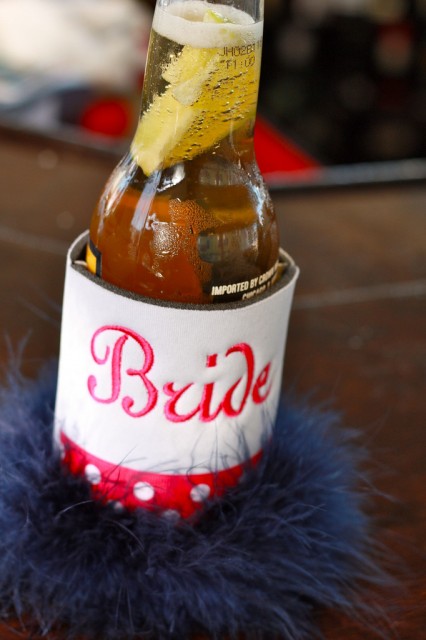 It was only a matter of time before even tradition-bound weddings became swept up in the craft beer revolution. And a search online reveals a growing number of breweries or ex-breweries available for wedding receptions.

Samuel Adams, one of the biggest brewers in the US, released the slightly cringeingly named Brewlywed last month. It is a limited edition Belgian-style ale described by the brewers as “the colour of a golden wedding band” and is finished with a Champagne closure.

Robert Eastwood, joint managing director at Small Beer, a UK cask wholesaler said: “We’ve had a few people this year wanting three or four different cask beers for their weddings, but I don’t think the Champagne standard is going to change.”

Nevertheless, couples are finding beer lends itself well to customisation for the celebration. “I went to one wedding where they even designed a pull clip specially for the wedding,” said Eastwood. Bespoke beer labels are also popular.

The marriage of bouquets and beer is nothing new, according to the website Beer Genie. British brewers traditionally create beers for royal weddings – with no fewer than 147 commemorative ales produced when Prince Charles married Princess Diana in 1981.

And the mother of all beer festivals, Oktoberfest, started life as a big public knees-up to celebrate the wedding of Prince Ludwig I of Bavaria and Therese of Saxe-Hildburghausen in 1810.

Despite all the commemorative brews, perhaps Kate and Wills were just a bit off-trend last year when they banned beer from their reception. A source told the Mirror at the time: “There won’t be any beer. Let’s face it, it isn’t really an appropriate drink to be serving in the Queen’s presence at such an occasion.”