An MP has condemned the choosing of Heineken as the official beer of the London 2012 Olympics, claiming the decision was based “on the size of Heineken’s cheque book.” 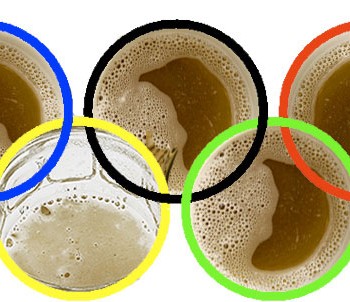 The only branded beer on sale at venues for the Games will be produced by the Dutch brewer Heineken, which Liberal Democrat Greg Mulholland said was a “wholly inappropriate decision”.

Two of the brands that Heineken will sell at the Olympics – John Smith’s bitter and Strongbow cider – are made in the UK. But the lager brand Heineken is imported from the Netherlands.

Mulholland, the leader of a parliamentary campaign to save British pubs, said: “A British brewed beer would be far more appropriate than a Dutch beer for the London Olympic Games.”

Spectators at Olympic venues, including Wembley and Lords Cricket Ground, will pay £4.20 for a 330ml bottle of the lager.

A Commons motion tabled by the Leeds North West MP said: “This House expresses its disappointment that Heineken lager, a mass produced non-British beer, has been chosen as the official beer of the London 2012 Olympics, despite beer being the UK’s national drink and with the UK being one of the world’s leading brewing nations.”

The motion said it was a “wholly inappropriate decision based purely on the size of Heineken’s cheque book, and totally at odds with the strong emphasis on British character and identity at the heart of both the original bid and the preparations for the forthcoming London Games”.

A Heineken spokesman said: “As the UK’s leading beer and cider business, Heineken is proud to have been chosen as an official supplier and partner to the London 2012 Olympic and Paralympic Games, building on an association that goes back 20 years.

“We are unequivocally committed to the responsible marketing of our beers and ciders and our long track record of sponsoring international sporting events like the Heineken Cup, Uefa Champions League and the Rugby World Cup bears testimony to this.”