An English beer, made by an English winemaker, has been declared one of the world’s best lagers. 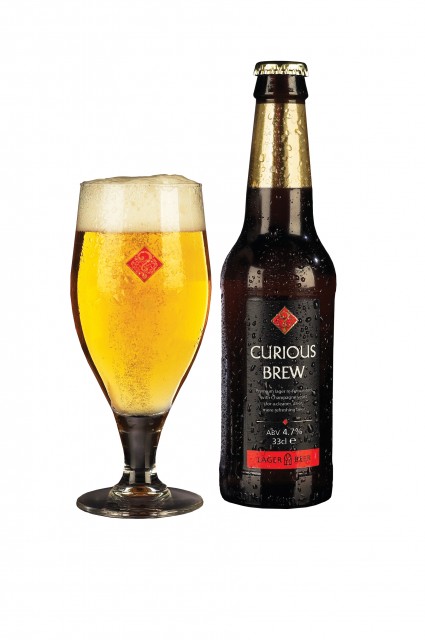 The International Beer Challenge– which has been judging the world’s best beers for the past 16 years –  awarded Kent’s Chapel Down vineyard a gold medal for its Curious Brew premium lager.

The beer maker’s “Oscars” are entered into by the world’s largest breweries all the way through to small microbrewers.

This year, judges tasted over 400 beers before declaring the Kent winemaker’s lager to be the best of its class.

The competition deemed only 30 beers, from countries including Belgium, Germany, Italy, New Zealand and the USA, to be of gold-medal standard. Curious Brew was one of only three international lagers awarded a golden gong.

Chapel Down only started brewing beer two years ago believes that its success comes down to bringing wine-making thinking to the beer brewing process.

It then re-ferments the lager using the same Champagne yeast that also goes into its sparkling wines to create a 4.7% abv lager beer.

Finally, the winemaker adds a “dosage” of very rare and fragrant Nelson Sauvin hops, before cold filtering the unpasteurised beer into bottles.

The whole process is overseen by Frazer Thompson, Chapel Down’s CEO.  Thompson is a former “beer man” having held senior posts at both Heineken and Whitbread.

“We’ve changed people’s minds about English wine and now we want to do the same when it comes to lager,” said Thompson.

“Mass-produced lagers taste like corporate cardboard and have the aroma of market research rather than hops.

“We’ve worked really hard to craft something that is more fragrant and more refreshing than other beers when served cold.

“This is a lager for people who love beer. Sometimes only a crisp, cold lager will do the job of slaking a thirst.”

Beer expert and author Pete Brown, said, “I was intrigued when I first heard from Frazer that he was creating beers and I loved the results when I first tasted them.

“Brewing with Champagne yeast is something you’d expect the Belgians to do and so is brewing a lager for that matter.

“The result is a lovely beer which has a sparkling zing that makes it refreshing, satisfying and a lovely halfway house between beer and a sparkling wine.

“The flavour is a fuller, more assertive beer that’s fruity and rounded, but still reined in at the end by a crisp dryness.”