Are cooperatives, with their ability to pool resources and guarantee sales the answer for wine producers, asks Elizabeth Gabay MW. 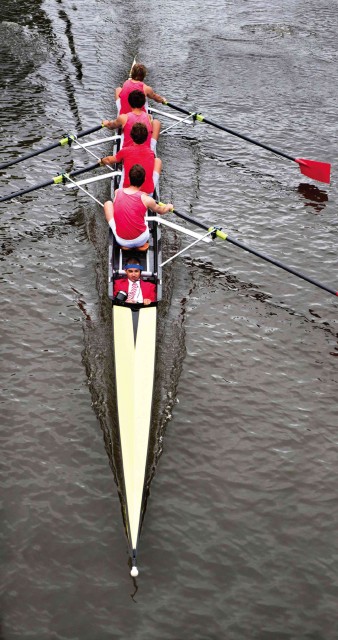 Cooperatives have proven to be successful businesses, both beneficial to their community and resilient to economic crises. The United Nations declared 2012 to be the International Year of the Co-operative, “to raise awareness of the important contribution of cooperatives to global socio-economic development and to promote the growth and strengthening of cooperatives all over the world.”

The cooperative movement began in 1844 when a group of weavers founded the Rochdale Equitable Pioneers Society.

They decided to pool resources, work together and access basic goods at a lower price, inviting customers to become members with a stake in the business.

Wine cooperatives started in 1868 in Germany, but by the turn of the last century, after crises of overproduction, phylloxera, mildew and oidium, two world wars and massive rural exodus, winemakers, especially in poorer regions or with smaller plots, began to form cooperatives.

They are now major players in wine production with about 750 cooperatives in both Spain and France (producing almost 50% of French wine) and 200 in Germany (producing about 30% of German wine). Many growers, without the option of guaranteed sales to large producers or négociants, could not survive without the support of a co-op.

However, managing cooperatives is not without challenges. With older members often reluctant to change, there have been initiatives to encourage younger, dynamic members, whether the next generation of existing members, or, importantly, trained “outsiders”. In France, the Jeunes Vignerons Coopérateurs (JVC) for winemakers aged under 40 was created to move the cooperatives forward. The Centre Vinicole de la Champagne has run a Young Growers Association since 1988, promoting events and training within the Champagne region (where more than half the growers and around a third of vineyards are controlled or owned by cooperatives).

In 2005 a young, enthusiastic team headed by general manager Roman Horvath MW and oenologist Heinz Frischengruber took over Domäne Wachau in Austria, bringing fresh ideas and new energy. New management at Mont Tauch in 1998 turned the cooperative from an ageing winery into one of Languedoc’s most successful.

Growers were traditionally paid by yield, heedless of quality or variety, resulting in high levels of mediocre production, and diverting funds from reinvestment in the cooperative. Better cooperatives pay according to quality and support. The Sicilian Settesoli Cooperative has invested in technology to enable optimum sourcing of its grapes; Producteurs Plaimont in southwest France, encourages old varieties such as

Arrufiac, Gros Manseng, Petit Courbu,Petit Manseng, Pinenc and Tannat; the Greek cooperative of Santorini’s SantoWines, has a nursery for local varieties, CAVIT, in the Trentino, has an experimental vineyard looking into vine growing, to research what is best suited to the area, as well as preserving indigenous vines.

A major strength of cooperatives is that they can control everything from vine to bottle to brand, unlike generic brand owners who usually have to buy bulk on the “open market” (albeit sometimes with contracts).

“One member one vote” can make the cooperative cumbersome to manage and a good director, supported by members is essential. A lack of forward-thinking management, creativity or commercial savvy often encourages some members to leave. David Preston’s 2008 study of viticulture in Languedoc and eastern Australia notes that winemakers left their local cooperative to “create wines that reflect their personal objectives as winemakers … those who left the village co-operative did so to have the freedom to make a different sort of wine, making full use of the quality of the grapes they grow”.

The cooperative at Ribeauvillé, in Alsace, notes that some members who have left to work on their own have returned to the cooperative.

The inherent conflict of interest built into the cooperative system, with members being both owners and suppliers, needs to be carefully managed. An “economic and financial 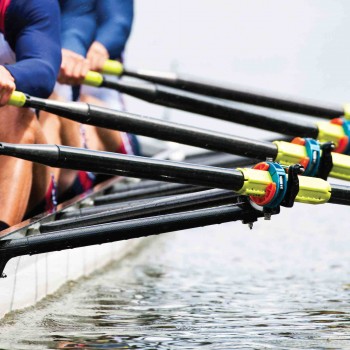 measurement model” called “Cooperfic” has recently been designed at Montpellier University to help cooperatives in Languedoc-Roussillon balance this conflict, and identify where investment in the field, cellar and marketing will be of long-term benefit to the cooperative.

German cooperatives have invested extensively in recent years, especially in Baden and Württemberg where they make up to 80% of the region’s production.

Horvath observed that the small scattered parcels in a cooperative can be seen as a disadvantage – resulting in a “soup” of different styles – or turned to advantage to make smaller quantities of terroir-driven wines. When Jean-Francois Nick began work at Les Vignerons d’Estézargues in the Rhône in 1989, he initiated an individual cuvées policy, realised from the 1995 vintage, which has proved successful. Cantina Terlano in the Alto Adige, has created a niche market for its wines, many vinified and bottled by parcel. Its top wine displays great ageing potential, with wines available from 1955.

The small cooperative Produttori del Barbaresco, acknowledged by Parker in 1990 as setting “some of the highest standards of wine making for any cooperative in the world,” has single vineyard wines with named growers on the label. Co-operative Centre Vinicole de la Champagne in 1988 bought Champagne Nicolas Feuillatte to focus its image, becoming its flagship brand.

Also the creation of different tiers of wine, from cheap to top-of-the-range, is important. La Chablisienne has moved from the role of négociant, through bulk producer, to creating a range of wines from the top to basic Chablis. Bulk production was originally the only choice for the Du Toitskloof Wine Cellar, South Africa, but since the 1990s it has successfully moved to producing bottled table wines and is looking at higher-value wines. Mont Tauch rewards its 12 best producers each year by marketing their wine as part of the “Les Douze” selection.

After quality, the best-selling features are strong brand imaging and marketing. In early 2012, the Cellier des Dauphins wine brand was rebranded with bright colours and a traditional image – designed to catch attention and indicate quality – which has been well received.

Mergers enable production of sufficient volume to supply large supermarkets. That of L’Union des Vignerons des Côtes du Rhône (UVCDR) and the Vignerons de l’Enclave des Papes in 2009 united 13 cooperatives in one group. Mont Tauch includes four and Val d’Orbie a total of 11 cooperatives and 55 domaines. Some of these large cooperatives supply 30% of the region’s production, with turnovers ranging from £30m to more than £85m.

Social and ecological responsibility is an important part of the cooperatives ethos; maintaining a rural economy or, as at Val d’Orbieu, pro-active ecologically. Its statement says: “Our group will continue to pursue our ‘worthy enterprise’ with the aim of adding ethical value and integrating the success of all the cooperative’s stakeholders.”

The Argentinian Fairtrade cooperative, la Riojana, has more than 500 small-scale producer-members, who benefit from the cooperative’s buying power and other benefits including its sponsored Tilimuqui Water and School Projects. Du Toitskloof gained Fairtrade accreditation in 2005 for its work in sponsoring local education, housing and work.

Cooperatives could be the answer for many small producers who do not wish to go down the independent path. To be an attractive proposition, more need to take extra initiative to move forward.

Working together can be beneficial in an increasingly competitive world, and imaginative solutions are emerging to suit most situations.