The UK drinks retail sector proved the breadth of its professionalism and talent as three separate companies took home prizes at The Drinks Business Awards 2012. 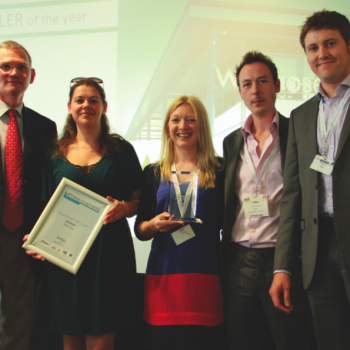 While the judges felt that the UK’s biggest retailers could still do more to improve the wine buying experience for the vast majority of consumers who buy their wine through these outlets, Waitrose impressed with its commitment for both staff and customer education in particular.

In addition to the high quality of its merchandising and range, the retailer stood out for its ability to run promotions without resorting to price cuts, while adding value to the wine buying experience with its new Cookery School, dinner events and injection of personality from presenter Olly Smith.

In a shortlist that also featured Majestic Wine, Morrisons and Tesco, the runner up award went to Sainsbury’s which won praise for its efforts to encourage responsible drinking, sustainability and its support for British produce.

Meanwhile Tesco’s Claire Lorains was awarded the Retail Buyer of the Year award in recognition of her professionalism and skill in getting the best possible deal for her customers, as well as the improvements to Tesco’s wine range since she took on the role in 2010.

Laithwaites Wine fought off the major multiples to take home the Retail Buying Team of the Year, thanks to its demonstration of “collaboration and integrity”.

Praising the team’s “infectious enthusiasm”, the judges acknowledged the way Laithwaites “encourages their retail buyers to develop into individuals, which is great in a team”, noting their strong knowledge base and competency.

Waitrose was narrowly beaten into the runner up position, but was commended for its team’s “pleasurable business style”, while Dubai Duty Free won special commendation for its activity within the fine wine category, which the judges felt “even some multiples don’t get quite right”.

Also shortlisted for Retail Buying Team of the Year were Tesco and Majestic Wine. A full list of this year’s db award winners is available here.