Biodynamic trailblazer Michel Chapoutier is not afraid to go against the grain – but the pursuit of better wine is always the priority. 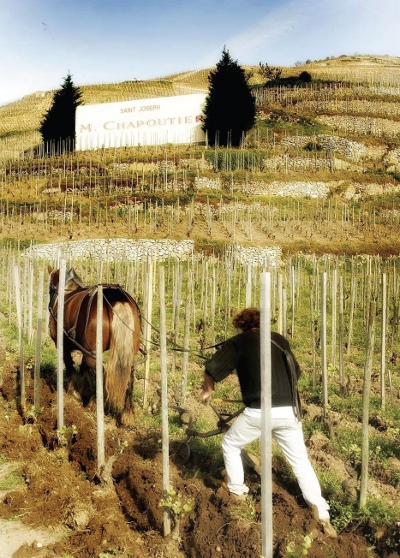 “How can anyone allow toxic yeasts to develop so that they inhabit the wine?” he asked wine writer John Livingstone- Learmonth during a recent interview.

Defending his stance, Chapoutier explains, “A wine is never ‘natural’; the winemaker stops a natural process midway through fermentation when sugar is transformed by yeasts into alcohol. It is a decadent process and the taste you find in many natural wines is the taste of decomposition. The current trend of ‘natural’ winemakers trying to make wines with no sulphites creates extremely toxic molecules, which leads to defects, but they don’t have the courage to destroy it, so they put it on the market, which is unacceptable. When people ask them about the strange taste they pretend that it is ‘the taste of terroir’, which is an insult to both the consumer and the wine. A minimum amount of sulphites is obligatory in winemaking.”

Known for both his perfectionism and boundless enthusiasm, Chapoutier, who owns 34 hectares in Hermitage – the largest individual holding in the appellation – and makes wine in all the leading appellations of the Rhône, along with Alsace, Roussillon, Portugal and Australia, went biodynamic at his flagship Rhône property in 1991, though all of his vineyards are farmed biodynamically, with some awaiting certification. Chapoutier has a relaxed rather than a rigid approach to biodynamics – while he doesn’t plant by the phases of the moon, he does use horses instead of tractors, finely ground silica quartz crystals in the form of a spray and biodynamic preparation 500: cow horn manure.

“Being biodynamic is a challenge, but it works in the same way homeopathy works,” he professes. “Convincing sceptics can be tough. Biodynamics is to farming what quantum physics is to science. Quantum physics received a lot of criticism from determinist scientists before it was finally accepted as a methodology.” 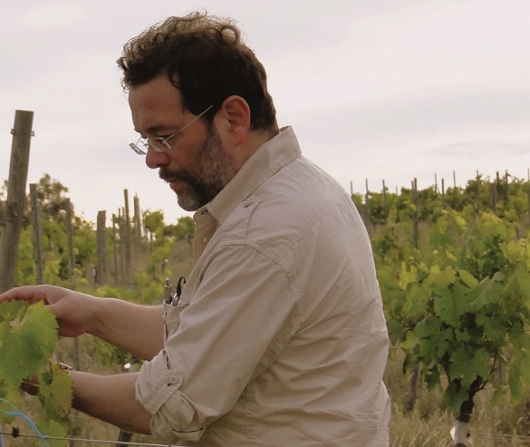 Chapoutier lives on a small farm outside Tain l’Hermitage, where he raises livestock and poultry. An inherent prankster, one December he had a series of birds delivered live to his workers’ homes as part of their Christmas bonus. He also grows fruit and vegetables tended with the same biodynamic care afforded to his vines.

Though true to the principles of biodynamics, Chapoutier’s motive is first and foremost to make better wines, rather than converting people due to a moral obligation to the environment. “Back in 1991, if traditional farming would have given me better wines, I would have stuck to it. Fundamentally, I’m a wine lover passionate about defending the idea of terroir,” he insists. Rather than leading to better tasting wines, Chapoutier believes biodynamics amplifies the nuances achieved from planting in different soils, enhancing the sense of place in the wines. “Biodynamics leads to more open and expressive wines,” he says.

Chapoutier is a passionate believer in minimum intervention and not trying to correct the character of the vintage in the cellar. He is also a big champion of single varietal wines, favouring them over blends, which is unique in such a variety-rich region as the Rhône. Resulting wines include Côte-Rôtie Syrah bereft of Viognier, white Hermitage made solely from Marsanne and 100% Grenache Châteauneuf-du-Pape. Chapoutier’s other impassioned cause is his championing of white wines from the northern Rhône, with five whites in the premium Fac & Spera range alone. 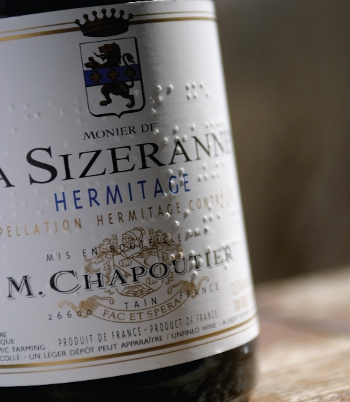 The rumour mill is rife with suggestions that he is looking for land in England, though he refuses to confirm it. “I’ve yet to do anything in England,” he says cryptically, though will admit that he thinks the granite soils have more potential in England than limestone.

He is currently working on a farming project with mentally handicapped people. “The goal is to give these people the opportunity to be in connection with the earth and its energy – to show that they can be as in tune to the earth as anyone else. Rudolf Steiner’s greatest achievement wasn’t a new understanding of farming through biodynamics, but a new understanding of the ability of the brain to learn and to communicate with nature.”

Established in 1808, the Maison M. Chapoutier family motto is “Fac et Spera” – “Do and Hope”. Today the estate produces some of the most diverse and complex wines in the northern Rhône.

Polydor Chapoutier – a distant relative of Michel – was the first Chapoutier to plant vines in the Rhône Valley. Self-taught, 48-year-old, oneman firebrand Michel bought out his brother Marc and the rest of the family in 1990 to become the sole proprietor of Chapoutier at just 26. Breaking dramatically with his ancestors, the self-styled “wine grower, wine maker and wine lover” rejected the idea of a signature taste in favour of letting his wines speak of their site specifics.

Chapoutier produces wines from a range of appellations in the Northern and Southern Rhône as well as in Roussillon, Alsace, Portugal and Australia. He was the first producer to introduce braille on his labels, starting in 1994 with Monier de la Sizeranne Hermitage as a tribute to Maurice de la Sizeranne, founder and president of the French Association for the Blind. By 1996, all Chapoutier wines adopted braille labels, which include details on the vintage, vineyard, region and colour.

Wines spend up to 18 months in small oak casks, up to a third of which are new. Staunchly against filtration, all Chapoutier’s wines are unfiltered and unfined: “Filtering a wine is like making love with a condom,” he offers. Chapoutier’s single climat Sélections Parcellaires are some of the most celebrated wines in the Rhône Valley, their precise provenance providing the ultimate illustration of the concept of terroir, particularly the terroir of the hill of Hermitage.