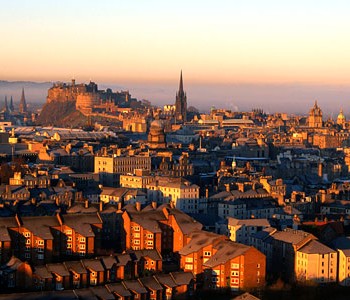 With around half a million visitors expected to descend on the Scottish capital in August alone, the brewer has set up a 350-capacity site on Potterrow from now until the end of August.

Hosted in partnership with cocktail bar 56 North, “Innis & Gunn at 32 Potterrow” has been created as a showcase for some of Scotland’s top food and drink producers

In addition to its food menu, based on locally sourced produce, the pop-up will feature Innis & Gunn’s entire range, including limited editions usually reserved for export markets.

The bar will also serve a selection from other Scottish drinks producers, including Williams Bros in Alloa, Stewart Brewing in Edinburgh, Caledonian Breweries and Thistly Cross Cider.

These will be complemented by a broad range of whiskies and other Scottish-produced spirits. Visitors can even try the local “hauf ‘n’ hauf”: Innis & Gunn beers matched with a measure of whisky or rum.

As part of its wider events programme, from 3-27 August the bar will host a daily “One O’Clock Gunn” sampling session, as well as a dining event with Masterchef contestant Ross Boyce on 25 July.