Coca-Cola and Pepsi contain minute traces of alcohol, a study has revealed. 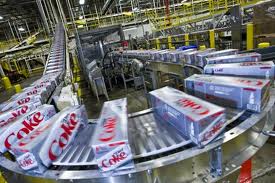 According to tests carried out by the Paris-based National Institute of Consumption, more than half of leading colas contain traces of alcohol.

Of 19 colas tested mainly only cheap supermarket versions of the drink were alcohol-free. Nine brands were alcohol-free, including Auchan, Cora, Casino, Leader Price and Man U-Cola, while ten had traces of alcohol, including Coca-Cola, Pepsi Cola, Coca-Cola Classic Light and Coke Zero.

The fizzy drinks contain about 10mg of alcohol in every litre.

60 Million Consumers, the French magazine, published the results of the tests.

A spokesperson for Coca-Cola commented, “Coca-Cola is recognized as a non-alcoholic beverage and we do not add alcohol as an ingredient. Trace levels of alcohol can occur naturally in many foods and beverages.  Governments and religious organizations have recognised that such minute levels are considered acceptable in non-alcoholic foods and beverages. Our products are safe and meet the safety requirements, laws and practices in every country where our brands are sold.”