The Izod IndyCar Series race in China has been officially cancelled because it clashed with a beer festival. 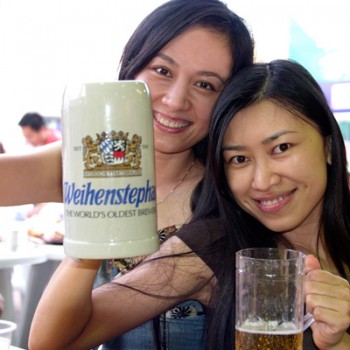 IndyCar Series CEO Randy Bernard was working with promoters in Qingdao for several months in a bid to salvage the race, which was announced last November to run at the same time as the International Beer Festival.

Qingdao hosts the largest beer festival in Asia with international breweries from all over the world present. The event, held in August, is jointly sponsored by national state ministries and the Qingdao Municipal Government.

Despite an existing contract, new leadership in local government were not fans of the IndyCar race rivalling the beer festival.

“The new mayor took office on March 28, and it was his opinion that it shouldn’t be run at the same time as the beer festival,” Bernard said.

“Unfortunately, we didn’t have enough time at that point to reschedule or find a new location. We evaluated several different options, and it was finally in the promoters’ best interest to cancel the event.”

Bernard said IndyCar was evaluating what it could recoup from the existing contract. As for what will be done to fill the hole in the IndyCar schedule, he said he was looking at several options.

“I don’t think we need a decision right this minute,” he said. “When we do it, we need to do it right and make sure it’s the best fit for the series and the schedule and the championship race.”

The cancellation of China marks the first time in 10 years IndyCar won’t race in Asia.

The series spent nine years at the Twin Ring Motegi Superspeedway in Motegi City, Japan. But that contract ended, and IndyCar eyed China as its fourth international venue in 2012.