the drinks business picks out the top 10 product launches of the last month.

From whisky and Cava launches inspired by the Queen’s Diamond Jubilee to a six month-aged beer and a new white spirit for the UK market, read on for our pick of the past month’s most intriguing product launches. 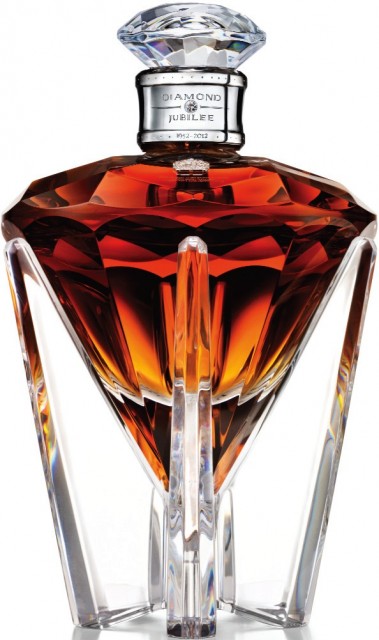 Gonzalez Byass has launched a Cava to celebrate the Diamond Jubilee of Queen Elizabeth II. The wine will be exclusive to Tesco. Made from a blend of Macabeo, Parellada and Xarel-lo, the wine has been made in a traditional method, with the varieties vinified separately and then blended before being bottled for a second fermentation and aged for 12 months. Winemaker Damia Deas says: “Our winemaking team in the Vilarnau winery in Penedès has spent the last 18 months developing what we consider to be an exquisite tasting. Cava, which everyone will be able to enjoy at the Diamond Jubilee celebrations taking place all over the UK this year.” In 1897 the company produced a Sherry to celebrate the Diamond Jubilee of Queen Victoria.

Brand Phoenix and Distell have unveiled a new wine range for the UK from South Africa. The Cape Heritage Selection includes a Shiraz and a Chenin Blanc and will be available nationwide in Morrisons. The wines are positioned as a “premium offering celebrating South Africa’s proud 300-year winemaking history in the Cape”. The range marks part of Brand Phoenix and Distell’s ongoing commitment to drive growth in the South African category in the UK. Both wines have an RSP of £8.99.

Innis & Gunn has announced the release of a new limited-edition Irish whiskey cask beer in time for St Patrick’s Day. With a 7.4% abv, the beer’s tasting notes describe it as having “aromas of intense dark chocolate and treacle, typical of a stout”. Available in independent retailers, the beer has an RRP of £2.50 a bottle.

Jinro Soju, reportedly the world’s best-selling spirit brand, has agreed a UK distribution partnership with Hi-Spirits. According to latest figures, Jinro Soju, which is produced in South Korea, sells a word-beating 63 million cases a year. It is described as “a versatile 25% abv white spirit which makes an ideal base for cocktails and long drinks”, mainly thanks to its neutral flavour profile.

Specialist Belgian brewer St Stefanus has announced the release of its six-month aged beer in a new, larger format. Until now the Belgian beer has only been available in 330ml bottles, but now is being released for the first time in 750ml format for a “much more powerful flavour and less oxidation”, according to master brewer Jef Versele. All the brewery’s beers are refermented in the bottle and aged for three to six months in the cellars before release.

Halewood International is taking on the distribution of Tequila Rose, a strawberry flavoured cream liqueur with a “splash of Tequila”. The brand sells annual volumes of 300,000 cases in 40 countries around the world, with the top markets being the Canada, Puerto Rico, Sweden and the US. With an abv of 15% it is sold in a variety of formats: 50cl, 70cl, one litre and 1.5 litre. Halewood global brands director Graham Oak said: “We are delighted to have been chosen to represent Tequila Rose in the UK market and we hope that this leading brand will be the first of many successful brand distribution agreements in the months ahead.” 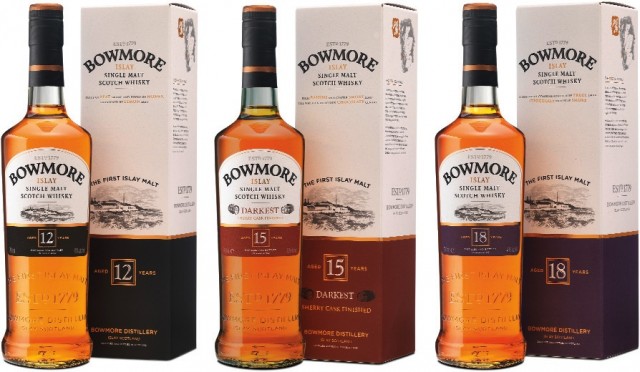 Bowmore has revamped its range of Islay single malt whiskies and introduced three new expressions exclusive to global travel retail (GTR). On top of launching a new gift box and a refreshed bottle design across its entire domestic and GTR offering, the brand has launched “100 Degrees Proof”, “Springtide” and the limited-edition Bowmore 1983 into GTR. Morrison Bowmore describes the new carton as “a distinct modification from the traditional tube packaging and supports its premium brand positioning and strong brand personality”. The company is also keen to emphasise how the new packaging has improved the brand’s environmental considerations, with the bottle being made of lighter weight glass and the new cartons being 100% recyclable. 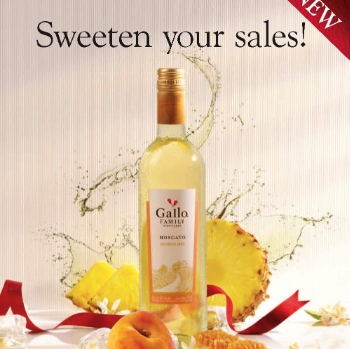 E&J Gallo Winery is looking to build on the success of Moscato in the US with a UK launch. The company believes that its new Gallo Family Vineyards and Barefoot Moscato styles could appeal to as many as three million UK consumers whose needs, according to Gallo managing director for Europe & Africa, Bill Roberts, “are not being met by the white wine offer on shelves today.” Having seen Moscato sales in the US leap by 73% in the last year, with Gallo brands holding a 42% share of this market, Roberts announced a plan “to invest more money in Moscato than we have ever invested in any single product launch in the UK.” Amy Engelhardt, international marketing director for Gallo, suggested that the trend towards sweeter wine styles was not restricted to a female consumer base. “I do think the sweet trend is quite balanced,” she commented. “A significant number of men are also interested in sweeter flavours.” The 8.5% abv, “lusciously sweet” Gallo Family Vineyards Moscato is due to appear across UK on-trade and off-trade channels from March with an RRP of £6.79.