Bottles of beer brewed 75 years ago to celebrate the coronation of Edward VIII have been discovered in a bricked-up cellar at the Greene King brewery in Bury St Edmunds, Suffolk. 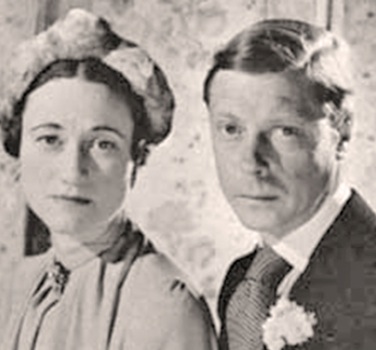 The Coronation Ale – which was set to be sold throughout the UK on the anniversary of the king’s first year on the throne in January 1937 – never got released due to his abdication a month earlier.

The king abandoned the throne to marry twice-divorced American socialite Wallis Simpson, and the beer was left to lie undiscovered for decades until workmen were called in to replace a floor at the 200-year-old brewery.

The origin of the beer became clear when a faded label was spotted on one bottle.

Beer historians checked records and museum articles and confirmed the bottles were of Coronation Ale.

The discovery of the 2,000 bottles of vintage ale has delighted brewer John Bexon, who claimed the drink has “kept really well”.

He said: “This really would have been a fantastic beer in its day, it was 12% when it was brewed so is quite strong and has kept really well.

“The rich fruit flavour still stands out and you can see a clear ring around the top of the beer when you look at it through the glass, rather like you might see on a vintage port or wine.”

Edward and Simpson’s story is the subject of a new film by Madonna, called W.E.

When he announced his intention to marry Simpson, it quickly became apparent that the UK public would not accept or tolerate a US divorcee as their Queen.

He tried to broker an arrangement which would mean he could still marry her upon completion of her second divorce but she would not become Queen, but the UK government rejected the deal.

As British monarch, Edward was also the nominal head of the Church of England, which did not allow divorcees to remarry if their ex-spouses were still alive.

His refusal to leave Simpson led to his abdication in December 1936 and the pair were married on 3 June 1937 at the Château de Candé, near Tours, France.

The Coronation Ale was discovered among other commemorative beers, which did make it to sale, including one to mark the current Queen’s Coronation in June 1953 and Audit Ale which was a barley wine brewed in the 1950’s.

Bexon said it was impossible to put a price on the ale but said it could be of real value to beer collectors.

He said: “We’ve brewed beer on the same site in Suffolk for over 200 years and there is a network of cellars under the brewery which means there could be more vintage beers just waiting to be re-discovered.”