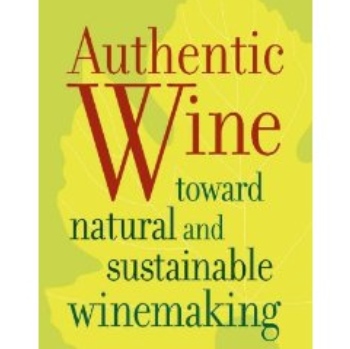 “If you are intervening too much you’re not an authentic, but a commercial product,” he said, when invited to speak about what authenticity signified in wine.

However, he also commented that he didn’t like the term “natural wine”. “It’s a semantic thing… it seems to offend so many people who make wine,” he explained.

Indeed, Jamie Goode, who introduced the discussion, said, “Natural seems to be a term that polarises people: some love the concept but for others it’s a red flag.”

Continuing he explained, “And even most natural wine has some level of human intervention so we came up with the concept of authentic wine.”

For Goode, to be an authentic wine you must add as little as possible; have a sense of place; be fault free; pick at appropriate ripeness and be sustainable.

While Wregg admitted “very few winemakers are zero interventionalists” he stressed, “sustainability should be top of the list because wine is a luxury, we don’t need it, and we should bequeath the land in the state we received it.”

For Wregg, “the notion of diversity is the most important thing we have in the wine world,” before expressing distress at the idea you can “chemically create wine”.

He also said, “Today the lowest common denominator of wine is higher but it is still incredibly mediocre.”

David Gleave MW, founder of Liberty Wines, who spoke along with Wregg during the discussion and tasting, said, “We are in the job of pleasing the consumer, we’re in a service industry.”

Continuing, Gleave said that this meant it was vital to offer consistency, something natural wines are widely accused of lacking.

Responding to this suggestion later in the discussion, Wregg commented, “I don’t want consistency, I want to be surprised, delighted, upset and challenged.”

He then added, referring to wines with minimal intervention, “I’ve had amazing epiphanies and huge disappointments.”

Sam Harrop concluded the evening by applauding the notion of low interventionist winemaking but stressed the need for “a certain level of consistency because otherwise we are distancing ourselves from the mass market”, a comment echoed in an interview db ran last month with biodynamic advocate and practitioner Christophe Ehrhart, managing director of Josmeyer.

The wines poured blind during the book launch were: