Small batch, niche and artisan spirits are enjoying an exciting period across Europe and the US as consumers seek to ensure they get value for money, according to Eaux de Vie marketing manager Olivia Plunkett. 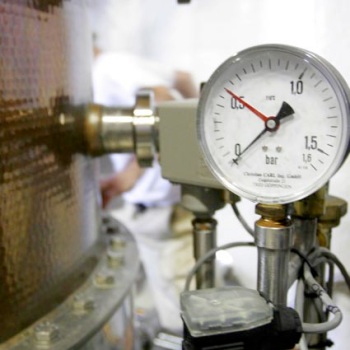 Eax de Vie, which is owned by Marussia Beverages UK, imports and distributes around 800 spirits brands across the world. The company has seen demand and interest in its products take an upward swing as the world remains watching its pennies.

“People now are having to look after their money and they want quality rather than quantity,” Plunkett told the drinks business.

“They will spend their money – and perhaps more than they would have done before – on a drink they know has been well crafted with care and is maybe a little bit different from the everyday brands they normally drink.”

While major companies such as Diageo and Pernod Ricard are seeking to consolidate volumes in a volatile global trading environment, specialist companies such as Eaux de Vie are seeing trade look more positive than at any time in recent memory.

Plunkett said: “We do very well from independent and specialist retailers, as they know we have stuff that they won’t find anywhere else. We are probably the biggest importer of niche products into the UK.”

One of these products, Swedish whisky Mackmyra, is seeking to take advantage of this by expanding its distillery in an effort to make a major impact on the US market next year.

Plunkett said: “Interest in whiskies from countries you maybe wouldn’t expect is really riding high at the moment and Mackmyra has seen the opportunities that lie ahead for them in the US.

“They are not going to waste time while interest is this high.”

Meanwhile Eaux de Vie’s Idaho-based Square One Vodka is basing its growth plans on combining an innovative approach to flavours with an eco-conscious mentality.

All the brand’s four flavours – original, basil, cucumber and botanical – are packaged in 100% recycled glass and consumers are encouraged to find alternative uses for the bottles after the vodka runs dry.

“Square One is selling pretty well in the UK, France and Spain at the moment,” explained Plunkett, “but the next step is to expand into the rest of Europe and we’re looking at doing that next year as the flavoured vodka trend gathers pace.”

For more on niche and artisan spirits, see the December edition of the drinks business.