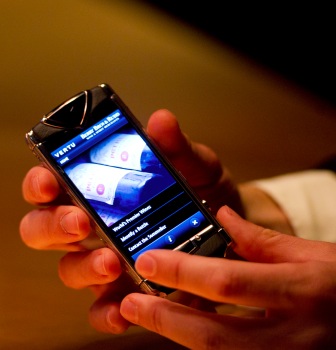 The wine app is one of three services to feature on Vertu’s latest smartphone, Constellation.

Simon Staples, Berrys’ sales and marketing director, said the decision to join forces with Vertu was down to their belief in good customer service.

“We’ve been working with Vertu for almost a year on developing what I believe to be the most intuitive and useful wine app out there,” Staples said.

“Not only can you view all the information on your favourite wines, vintages, producer profiles and wine ratings, but you can seek advice from our wine experts 24-hours a day via the Vertu Concierge,” he added.

The merchant will be hosting wine tastings in the UK, US and Asia exclusively for Vertu owners, who can also benefit from the “Identify a Bottle” feature by photographing any wine label and sending it to Berrys’ fine wine team, who will reply with tasting notes and purchasing advice.

As another exclusive, Berrys will also offer first refusal on some unique collectable products such as Jeroboam and Imperial bottles from top producers around the world.

“We are continually recognising the needs of our customers, showcased through an exclusive range of carefully curated apps to ensure that the Vertu exclusive services are relevant and integrated to lifestyle,” president of Vertu Perry Oosting said.

The two other tailor-made apps for Constellation are provided by security specialists Protector Services Group, and Club Access, a global network of private clubs.