South Africa needs to stop chasing the Burgundian style if it is going to make a success of its Pinot Noir, according to one Stellenbosch producer. 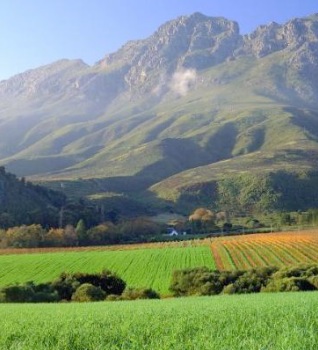 Speaking to the drinks business at last week’s Cape Wine Europe, Vriesenhof sales and marketing manager Eddie Smit pointed to the warmer climate in particular as he observed: “We need to realise that South Africa is not Burgundy. We can try to emulate it, but it still needs its own identity.”

Smit acknowledged the success of the Hemel-en-Arde valley, which has a far lower average temperature than inland regions such as Stellenbosch, allowing producers such as Hamilton Russell and Bouchard Finlayson to carve out a reputation for good quality Pinot Noir.

However, he maintained that with the right site selection, Stellenbosch too is capable of producing excellent examples of the variety, but in a different style.

He admitted that the region is “still more suited to Cabernet and Pinotage, but where there’s the right sites, then yes, it can work.”

By way of example, Smit explained: “We’re close to the mountain and we planted on the lower south-facing slopes, the coolest on the farm.”

South African producers should also re-evaluate their clonal selection for Pinot Noir, maintained Smit, who noted that many still use Champagne clones, which are poorly adapted to the warmer climate of the Cape.

At Vriesenhof, winemaker Jan Boland Coetzee uses a blend of Dijon 115, which Smit explained offers “more gamey tones” and Dijon 777, which he described as “a little more commercial with its fruit flavours.”

The challenges of producing good quality Pinot Noir in South Africa are evident from the fact that Boland began experimenting with the variety as early as 1978, but did not release a wine until the 2000 vintage.

Pinot Noir now represents 10-12% of Vriesenhof’s total production, although this proportion is set to grow as three quarters of the four hectares currently planted with the variety are still too young to come into production.

In addition, Smit pointed to a surge in both the quantity and quality of Pinot Noir being made by other producers in South Africa. “Five years ago there were just three or four guys showing Pinot Noir at local trade shows,” he recalled. “Now it’s more like 30 guys and some of the wines are really good.”