A London coffee shop is broadening its appeal, opening a new branch with a 60-strong wine list. 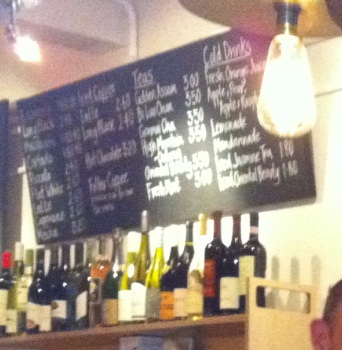 The company has brought in former Vinoteca manager Marko Soda as head of wine, whose mission is to prove that this format can work.

“The coffee machine is the centrepiece, but it’s quite unique to have somewhere with great wine as well,” he remarked.

Pitching this venture as the latest, logical extension of the UK’s gastronomic renaissance, Soda suggested: “You talk about the same things with coffee as wine – flavours, balance – so it’s not a big step, especially now that food and wine are so popular.”

Soda hopes to encourage the business’ strong customer base of coffee drinkers to embrace wine by holding Monday night beginners’ wine courses in the bar’s downstairs area, which doubles up as a music shop specialising in opera.

“I just love Alto Adige, Trentino and Piedmont so there’s a bit of a leaning towards that,” admitted Soda.

Nor is it just the north of Italy that is well represented, with the list featuring varieties such as Falanghina, Inzolia, Recantina, Nerello Mascalese and Bombino. In a nice twist however, the single Pinot Grigio on the list comes from South East Australia.

Among the usual Kiwi Pinot Noir, Sancerre and Argentine Malbec listings, Central Europe has also been given a larger than usual presence, from a Kékfrankos to a Somlo Furmint and a Pinot Blanc/Riesling/Grüner Veltliner blend from Austria.

To encourage customers to discover some of these wines, Soda has implemented a daily by-the-glass selection. As with the Vinoteca model, each of the wines is also on display to take home at an off-trade price.

Alongside the usual coffee shop array of cakes and pastries, Notes is supporting its wine offer with a limited lunch and dinner menu.

Serving the pre- and post-opera crowd, as well as Covent Garden’s hoards of theatre goers, shoppers and local businesses, the venue offers cheese and meat platters, sandwiches and, Soda adds: “at least one dish that’s hot”, such as coq au vin.

With the venue now fully up and running, Soda is planning initiatives to bring together wine and music in order to create a truly distinctive offering in a crowded marketplace.