Bordeaux has seen a raft of Chinese investment, with the region gaining popularity with investors from the East due to its connotations with top-end luxury and expensive investments. 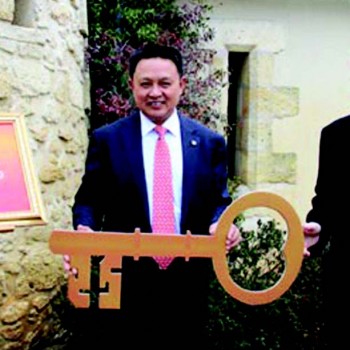 The January purchase of Château Latour-Leguens in Entre- Deux-Mers by a Chinese trading company might have passed under the radar of many observers of the wine industry, but over time the deal has taken on ever-growing significance: it marked the first Chinese purchase in Bordeaux and now investors from the East are continuing to infiltrate the global wine map.

Indeed, at the time of the Château Latour-Leguens deal, Daniel Carmagnat, of property agency A2Z, which handled the transaction, admitted: “The attraction wasn’t the appellation itself, but a foothold in one of the most prestigious wine regions in the world.”

The motivations behind these purchases are widely debated, yet ultimately unknown. Many have suggested that, particularly with the Château Latour-Leguens and Château Chenu Lafitte deals, the buyers were mainly attracted by the names, which bear close resemblances to prestigious first growth properties.

This accusation is refuted by Philippe Darricarrère, of Château Mille Secousses, who sold the Chenu Lafitte name, along with the vineyards and châteaux to the investors, though he does admit the connotations may have had a slight subconscious influence.

“I believe it was the location of the estate, next to the Dordogne river, and its wonderful old park and building, that first attracted them,” he said, “and I know they are hoping to develop wine tourism on the estate. But of course this is also a wonderful brand name.”

Of course, Bordeaux is not the only target for Chinese investors – Cofco last year bought the Bisquerrt Vineyard in Chile for US$18m (HK$140m) – but the majority of activity is focused on the famous French region.

Historically, when investors from outside Bordeaux have bought into the region’s vineyards and châteaux, they have respected the established route-to-market system whereby merchants dictated access and distribution, and sat back to allow their newly acquired estates to continue trading through the négociants.

The Chinese, however, make little secret that they wish to gain more control and shorten the supply chain from grape to glass.

Following all the Chinese purchases in Bordeaux, distribution operations switched to their homeland.

Of course, shortening the supply chain is not the only motivation for Chinese investors whose domestic market is often infiltrated with forged wines. Chi Jingtao, vice chairman of Cofco (pictured), admitted upon purchasing Château Viaud in Lalande-de-Pomerol: “We have a strategy for constructing a complete chain from production to consumption to guard against forgeries and to reassure our clients. Being involved from the vineyard upwards in Bordeaux helps to strengthen this commitment.”

“These are businessmen who believe in their investment, who are opening doors to a new market and ploughing money into properties to make great wine,” he said.