The decision to withdraw age statements from The Macallan whiskies in travel retail has led to a significant drop-off in sales at World of Whiskies, according to a source at the store. 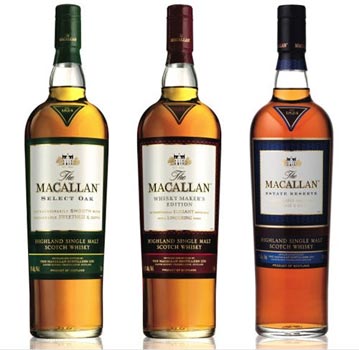 The Edrington Group moved to withdraw age statements from The Macallan’s travel retail portfolio as it became apparent there was not enough stock to meet future demand, but the World of Whiskies source at the London Gatwick North Terminal store told the drinks business that consumers are now ignoring the brand in favour of those that state their age.

The Macallan launched a new “family” of single malts dedicated to the global travel retail sector in 2008.

The World of Whiskies source said: “We hardly sell any of The Macallan since they made the switch. The new range is really struggling.

“Consumers in travel retail tend to be looking for a little bit of luxury, something that they wouldn’t normally buy in their local shop.

“They tend to look for age statements above anything else as a mark of quality, and as such The Macallan is missing out massively, in my opinion.

“I can’t remember the last time we sold any. People simply ignore it. I think the company has made a mistake by removing the age statements.”

the drinks business is currently awaiting a response to the claims from The Edrington Group.

The store has also witnessed how consumers still go for age statements over vintage releases.

“Whiskies such as The Glenrothes choose to release specific vintages, but we find that consumers will always go for a specific age first rather than look for a specific year.”