The Institute of Masters of Wine has confirmed 11 new MWs. 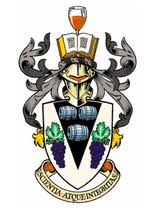 The announcement brings the total number of people holding the title to 300 for the first time in the qualification’s history, who are spread across 23 countries.

Welcoming the Institute’s new members, IMW chairman Lynne Sherriff MW said: “I warmly and sincerely congratulate them on their amazing achievement and I am sure that each will be an excellent ambassador for wine and contribute to the continuing development of the Institute in the years ahead.”

Of the 11 new MWs, five were from the UK, one was Irish, one Australian, one from the US, one New Zealander, one German and one Japanese. They join two other MWs announced earlier this year, Anthony Moss from the UK and Dr Liz Thach from the US.

The names and nationalitites of the latest MWs are as follows: