Campaigners have called on the home secretary to allow more time for retailers to make claims under the Riot Damages Act following the violence and looting that has spread across the UK this week. 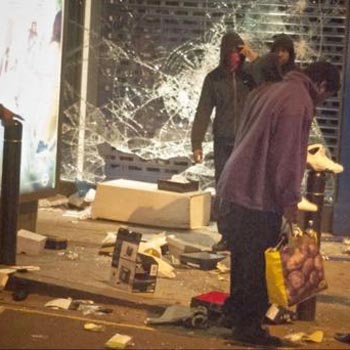 The Association of Convenience Stores (ACS) called for government to promote the message that people are more important than property in a meeting with home secretary Theresa May yesterday afternoon.

The meeting, attended by ACS chief executive James Lowman and other business representatives, was called to discuss the impact of the recent riots across the UK on retailers and look at how businesses such as off-licences can stay safe in the continuing volatile climate.

A statement from the ACS said: “Following ACS’ meeting with the home secretary and conversations with the secretary of state for business, ACS has written to ministers calling for an extension to the 14 day period for retailers to make claims under the Riot Damages Act 1886 to 42 days.

“This will help all affected retailers, especially the under-insured small businesses, to cope with the devastating financial impact of riots on their business.”

Lowman added: “Retailers need to hear a consistent message from government that the safety of people is more important than property.”

It is currently unclear how many business sustained damage in last night’s riots, which moved out of London and into cities including Manchester, Birmingham, Nottingham and Liverpool.

With few businesses prepared to take any chances, many pubs in the capital shut early — during peak trading hours — on police advice.

Pubs across London also took further measures to ensure any damage would be kept to a minimum, such as removing bottles from the back bar and boarding up their windows and doors.

Licensees and retailers whose premises have been hit by the riots are urged to contact their insurance company for advice at the nearest opportunity.