Production of beer in Asia has overtaken that of Germany. 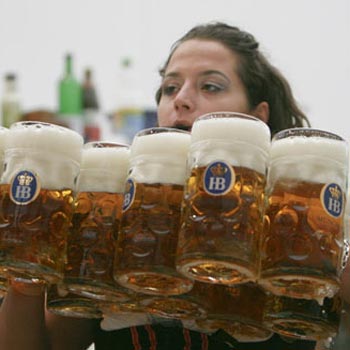 The news marks the first time in 35 years that production of beer in Germany has been surpassed by another country or region.

Last year, beer production in Asia rose by 5.5% compared to a fall of 5.1% in Europe, according to Italian newspaper La Repubblica, which described the results as a “deepening crisis for the German beer industry”.

The analysts responsible for the findings attributed them to the “low levels of competitiveness” in the German beer industry, which was in stark contrast to its Chinese and Indian counterparts.

The report implied that the German industry was having difficulty getting out of the current financial crisis, with its brands always being the pawns in foreign takeover bids.

The ownership of large and historic German brands such as Holsten and Paulaner under the respective wings of Carlsberg and Heineken (which holds a controlling share in Brau Holding International with Schörghuber Ventures) was used as a case in point.

The fall in domestic alcohol consumption in recent years was also given as a possible reason.

Since the 1970s, consumption in Germany has reportedly fallen from 150 litres per capita to 100 litres today.

Asian beer production and consumption has been on the rise for some time now and China recently toppled the US as the world’s largest beer market.