Sotheby’s is to hold a charity auction to fund artistic and cultural education programs for young people and families at the Opéra de Paris, which includes a 5-litre Jeroboam of 2000 Château Mouton Rothschild. 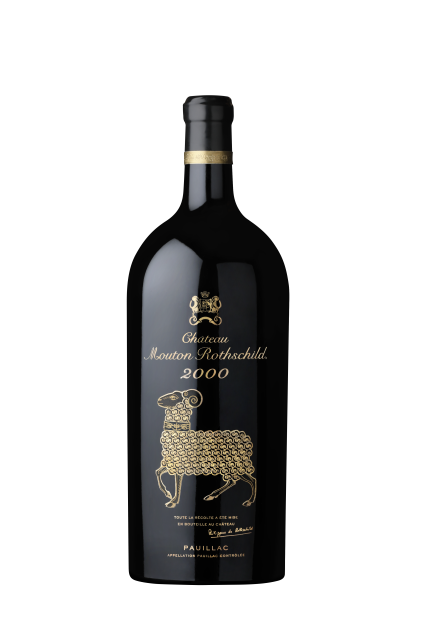 The ‘Auction For Action, Bid For Creation’ sale will feature multi-category lots, from jewellery to decorative, modern and contemporary art, as well as wines and spirits, which have been donated by artists, collectors,  galleries, fashion houses, and patrons of the Paris Opera.

Other star lots include a unique assemblage of three cognac by family-owned cognac house Camus (estimate 15,000 – 24,000 euros), which includes a two-night stay at one of the Camus family’s privately owned châteaux  and a tour of the distillery and vineyards.

The Paris Opera’s Champagne partner Taittinger is also offering a dining experience in Reims, with a dinner at the  Hôtel Particulier on Boulevard Ludy in Reims, followed by a stay at Hotel Les Crayères. They will also receive a  presented with the ‘coffret cathédrale’, a limited edition box made from stones from the 800-year-old Reims Cathedral, which contains a bottle of Cuvée Comtes de Champagne Blanc de Blancs 2000.

The aim of the auction is to it aims to “strengthen the Paris Opera’s commitment to society through initiatives grouped around three fundamental points: to create, to open up and to preserve and transmit,” Sotheby’s said.

“We are very pleased to organize our very first auction, which will contribute to the financing of the Opera’s projects in favour of creation and access for young generations to music and dance, so that the Paris Opera is more than ever the Opera of all” Alexander Neef, director general of the Paris Opera said.

Mario Tavella, president Sotheby’s France and Chairman Sotheby’s Europe said that the Paris Opera “plays a major role in contemporary creation in France and internationally” and Sotheby’s was “honoured to resonate the values of the Paris Opera’s commitment through this unprecedented sale.”

The sale takes place in the Grand Foyer of the Palais Garnier, on 30th January.