Sebastian Payne MW – a “colossus of the wine trade” has retired from the Wine Society after 49 years. 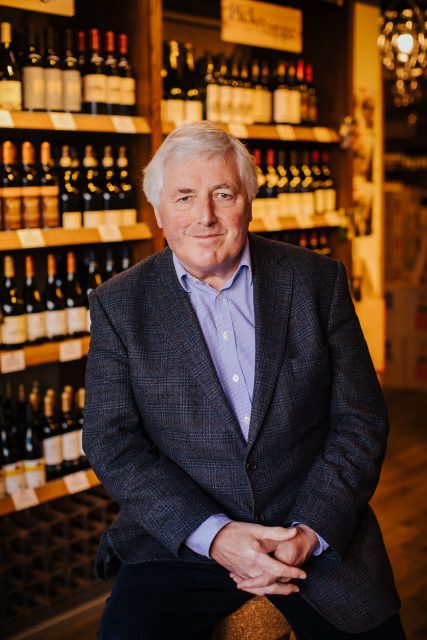 Payne joined the Wine Society as promotions manager in 1978, becoming a buyer in 1985 and heading up the buying team until 2012. As a buyer, he covered every region, but latterly focused on Italy and Bordeaux, becoming recognised as an expert in both. He was also instrumental in introducing wines from Eastern Europe and Greece to the portfolio.

During his time at the society, he played a significant role on the executive team, and in the creation of Wine Champions, as well as introducing the Wines Without Fuss subscription scheme.

Director of wine Pierre Mansour said he left an extraordinary legacy, both within The Wine Society and for the international wine trade and his ideas and vision had been “game-changers” for the mutual cooperation.

“What I have admired most about Sebastian is his unwavering focus on quality and value, while always keeping members and The Society in mind,” he said. “He is a razor-sharp taster with the understanding and humility to appreciate that good wine comes at every price point. Decisive, often strong-minded, Sebastian is an excellent buyer and inspiring role model, and his talent with the written word is remarkable.”

“He has championed wines from unknown regions, was among the first to import wines from Tasmania, years before the rest of the UK wine trade. He adores discovering what he calls ‘Cinderella’ regions, off-the-beaten-track wines, another strand of our buying strategy that he instilled.”

Society chairman Alan Black added that he was “a colossus in the wine world and in The Society”.

“He is the epitome of what we want in a buyer – great fun, with extraordinary enthusiasm, and a wonderful raconteur about wine. We will miss him greatly,” he says.

Payne said he inherited the buyer job at “a propitious time”.

“1985 was a lovely vintage almost everywhere and wine had become a leisure interest for more and more people,” he said. “When big brands might have dominated the wine world, as they do in other industries, we flourished because we found more individual sources that matched The Society’s independent, member-focused ethos.”

Payne added that it was the duty of buyers to trust and support winemakers. “People who make wine will always be more important even than the grapes they grow and the ground they grow them on,” he said.

“Wines from all over the world are better, more varied and more exciting than ever. It will be The Wine Society’s job to find them, describe them and deliver them to members.”