Pubs and bars across the UK are getting involved in a charity campaign, as part of celebrations to mark the Queen’s Platinum Jubilee. 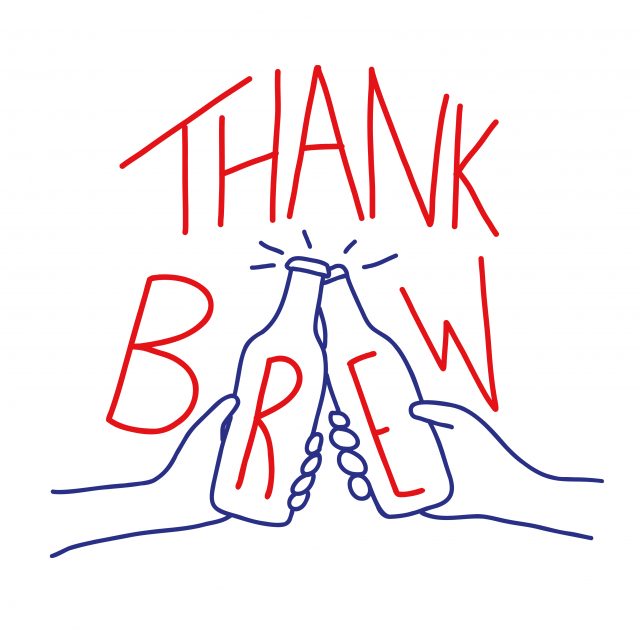 The industry-wide collaboration, led by The Good Beer Co, Adnams and Big Drop, is in support of ‘The Big Jubilee Lunch’ and ‘Thank You Day’ during the Jubilee Weekend.

The initiative invites every British pub, bar, licensed premises and brewery to take part with their own big thank you to Her Majesty the Queen and their local community following what has been an unprecedented two years of challenges for the sector.

The event is seen as a chance for the hospitality industry along with every UK neighbourhood to help the whole country come together this summer: to raise a glass to the Queen, toast the local community and raise money for good causes.

Opening hours have been extended for the 2-5 June and publicans and general managers are being encouraged to host a special Big Jubilee Lunch, or a ‘Thank You Day’ party and serve limited-edition ‘Thank You’ beers.

A range of limited-edition ales has been brewed by a host of leading brewers and beer brands – all to a recipe devised by Adnams production director Fergus Fitzgerald with 100% of profits from ‘Thank Brew’ sales to be donated to three good causes: The Together coalition; the organisers of ‘Thank You Day’ Eden Project communities and the organisers of The Big Lunch Reset Communities and Refugees: supporting Ukrainian refugees arriving in the UK to live with families in communities across Britain.

Fitzgerald’s recipe is centred around an easy-drinking 3.5% ABV pale ale which uses a classic British ale yeast. Fitzgerald will also be teaming up with Big Drop to oversee the creation of a unique 0.5% ABV version, while other breweries from across Britain are signing up to brew the 3.5% ABV Thank Brew with Adnams directly or committing to serving the beer in their pubs.

Fitzgerald said: “We want as many breweries as possible to get involved in Thank Brew, that’s why we haven’t made it too prescriptive with the recipe and approach. The three main requirements are it should be 3.5% ABV, it should be a pale ale and it should be delicious and easy drinking. Outside of that we encourage breweries to put their own stamp on it. And it can be cask, keg, bottle or can.”

James Grugeon, founder of The Good Beer Co explained: “We’re really pleased to be backed by a broad coalition of beer and hospitality industry leaders who are lending their support to the campaign. With their help we’re busy signing up as many breweries, pubs and licensed premises as we can, so that everyone in the UK can come together and celebrate with a Thank Brew at their local and help raise funds for three causes close to the hearts of the British public.“

Brendan Cox, co-founder of the Together Coalition and Thank You Day, said: “Thank You Day this year is all about neighbours connecting with each other, to say thank you to HM The Queen and to each other. Where better to come together than at your local pub? And with a non-alcoholic version of Thank Brew on offer, everyone will have the chance to toast HM The Queen and their local community.”

Thank Brew is being supported by UKHospitality, the British Beer and Pub Association (BBPA), the Campaign for Real Ale (CAMRA), the Society of Independent Brewers (SIBA), the BFBi – the trade body representing the entire supply chain into the beverage industry, and the British Institute of Innkeepers (BII).

SIBA chief executive James Calder said: “Independent breweries across the UK will be brewing a Thank Brew beer in support of three fantastic causes rooted in their local communities, and to help celebrate HM The Queen’s Platinum Jubilee. SIBA are delighted to be supporting the initiative and would encourage beer drinkers to keep an eye out for local Thank Brews over the Jubilee weekend.”

Fitzgerald, who is no stranger to good causes, previously united with The Good Beer Co to create the Great Get Together pale ale for the Jo Cox Foundation and has been instrumental in contributung towards former Great Get Together UK events.