In some ways, Ramón Bilbao’s Lalomba project in Rioja is a curious venture for both company and region, its laser focus on vineyard expression flipping Rioja’s traditional emphasis on origin-blind blends, and coming from a group that has only become a significant land owner in the area relatively recently. 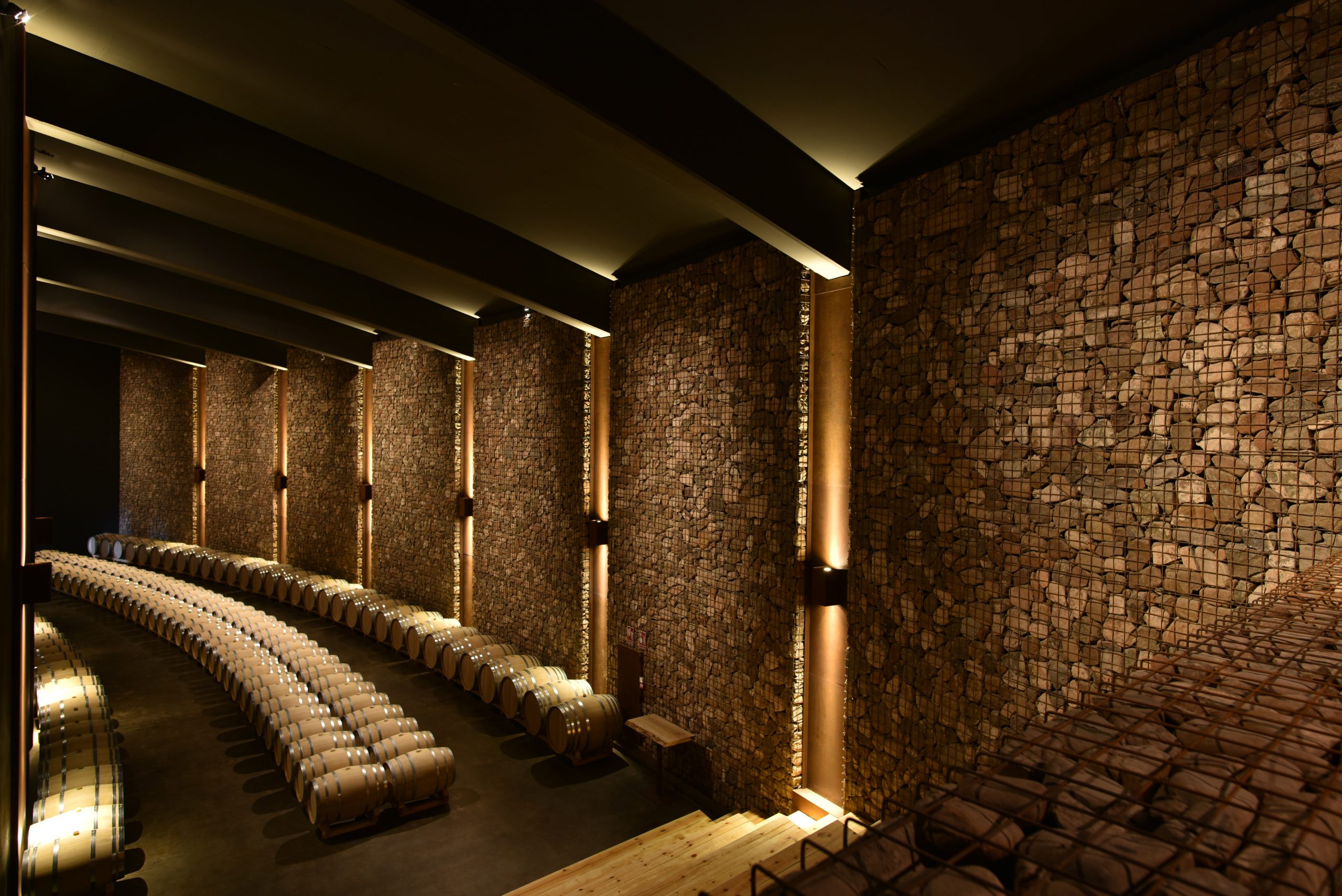 There’s a strong ethos of precision, research and experimentation running right through Lalomba, which has its own team and winery next-door to the main Ramón Bilbao facility in Haro. And, even ten years in, there’s also an unmistakable sense that this project still has a very long way to run.

Group chief winemaker Rodolfo Bastida has likened Lalomba’s relationship to Ramón Bilbao to that of a Formula 1 team to its parent automobile manufacturer – the lessons learned here, the thinking goes, will benefit the entire company.

Those lessons extend from vineyard to winery to cellar. Ramón Bilbao controls about 1,000 hectares (ha) of vineyard across Rioja, owning 240ha, but the sites selected for Lalomba by project directors Alberto Saldón and Rosana Lisa were chosen for their distinctive character – not necessarily because they were the best.

The past decade has been spent studying those plots – initial releases come from Finca Valhonta on the terraces of Villalba de Rioja in Rioja Alta, and Finca Ladero and Finca Lalinde on the slopes of the Sierra de Yerga in Rioja Oriental. The approach has been meticulous: weather stations, precision viticulture, soil studies, microbiological analysis. 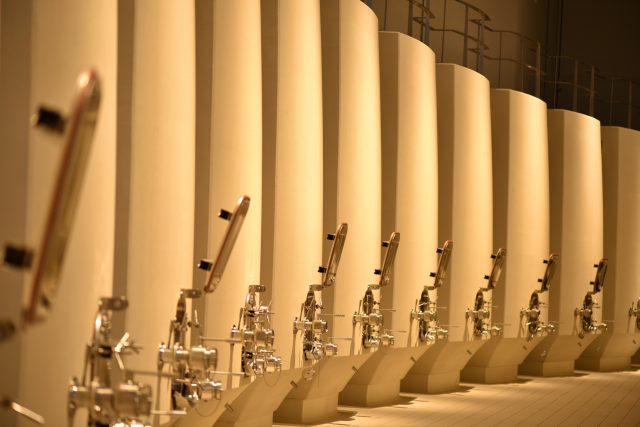 One common factor is altitude – Lisa describes it as a “natural tool” to combat the rising temperatures and extreme weather events associated with climate change. The typically windier conditions also help to mitigate against rot.

A glance at a heat map showing the evolution of average temperatures in Rioja over the past decade illustrates the point about climate change. “Our grandparents can’t imagine this,” says Saldón, pointing out that Garnacha is now ripening successfully high on the Sierra de Cantabria – something that would have been impossible even ten years ago.

While the vineyards – and their expression through the wines – are central to Lalomba, perhaps the most eye-catching aspect of the project is found in its winery: ranks of concrete vats, squared off and tapering, resembling large grey teeth.

Concrete, says Lisa, offers porosity (and thus oxygen transmission), without the additional flavours brought by oak. But it has to be Italian concrete (not French), and painted with tartaric acid to fine-tune that porosity. “The potential for longevity is greater with our vats than with the egg shape,” says Lisa. 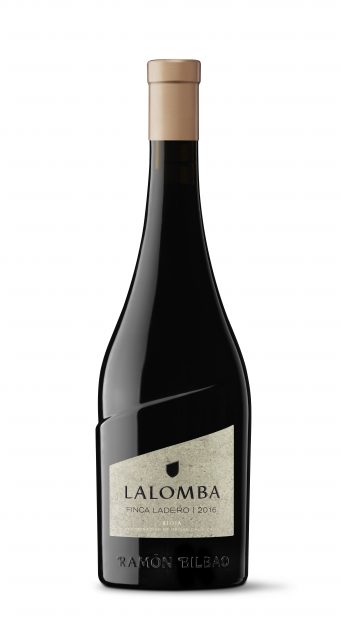 Saldón chimes in: “The egg is great for Burgundy. But we don’t feel it works with our wines.” A tank sample of 2017 Garnacha from Monte Yerga which was fermented, underwent malo and was matured for 44 months in the same concrete vat illustrates the potential of the technique to produce supple, complex wines that convey their origin.

The driving force behind all of this study and research is to facilitate the best expression of the qualities of the vineyard, with external factors enhancing that, rather than intruding upon or subtracting from it. Thus the cask programme includes no American oak, but French and Hungarian (some 225-litre, some 500-litre) with an accent on Quercus petraea, rather than Quercus robur. “This type of oak gives the wine more volume and structure,” says Lisa. “Petraea grows very well at the top of the mountain, with less fertile soil, more stress, less humidity and nutrients.”

The red wines from Finca Valhonta also see an extra post-oak maturation in concrete, allowing further evolution and micro-oxygenation without overdoing the wood – a process dubbed afinamiento (‘refinement’) by Saldón. “The oxygen here allows us to keep more fruity character, and we are working on drinkability,” he adds. “We are working on the juicy, velvety character of the tannins – more primary aromas, more of a terroir concept.”

In terms of Rioja, this focus on expression and drinkability sounds decidedly new-wave, or even radical. But Saldón isn’t so sure about this. “Valhonta is the ‘new old’ style of Rioja,” he says. “When my father talked about Rioja in the old times, he talked about vinos finos. All the main growers had this style then, and some growers keep this style. For us, it’s like coming back to our roots.”

This refusal to accept preconceptions extends to Lalomba’s rosado. The release from Finca Lalinde (Yerga) is no trivial pink wine: the plot is part of a vineyard acquired in 2014, and has been developed, alongside specific winemaking techniques, to produce a rosé with more weight, volume and longevity. It is, says Lisa, the most difficult Lalomba wine to make.

“In June [2021] we did a vertical tasting of rosé,” adds Saldón. “It was interesting to see the importance of the vintage effect on these wines. We can produce a great rosé wine – why not? Always in Spain rosado is not a serious category – it’s in the middle of nowhere. But rosés from all over the world have great quality, great ageability and are great with food. We love rosé.”

There are more wines, and more vineyards, to come from Lalomba, from Finca Ladero (“The vineyard has more fruit, more character, more concentration that we need to tame like a cowboy,” says Saldón), from Finca Ilex (another Yerga vineyard, named after a nearby holly tree), and beyond. Ten years in, it’s clear that many lessons have been learned, and much progress made – but there’s clearly a lot more to come from Lalomba. Watch this space.

(Lalomba’s wines are available in the UK from Enotria & Coe)