It’s impossible to think of Argentine wine today without the word “Malbec”. The Catena family’s pioneering work with this variety is well documented. But rather less familiar is the tale of the specific old vineyard which originally fired this enthusiasm, not only by its quality, but also a deeply emotive family link. 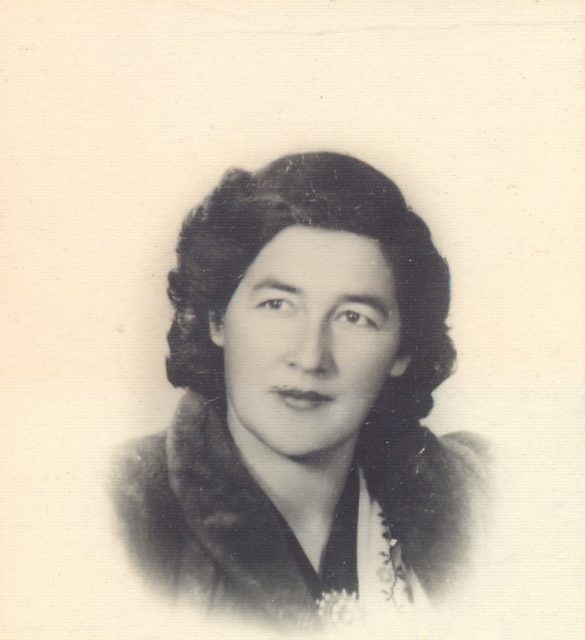 In about 1928 the outgoing, gregarious winemaker Domingo Catena Zapata fell in love with a quiet, shy school teacher called Angélica. Four children and three decades later, this stubbornly different yet successful partnership came to a devastating end when Angélica was involved in a fatal car accident. Domingo visited her grave every Sunday for the next 30 years, his rosarium still surviving today. Then, shortly before he died in 1985, Domingo bought an old Malbec vineyard, planted at around the same time he’d met Angélica, and named it after her.

First mentioned in a viticultural census of 1924, the Angélica vineyard had been gradually extended by massal selection, row by row, from the main road westwards to the bank of the river Mendoza. Today it covers 70 hectares at 920m elevation.

By the time Domingo bought the vineyard, his son Nicolás, like many of the same generation, had fallen out of love with Malbec. At Sunday lunch he firmly drank Cabernet, while harbouring a dream to make Sangiovese the new Argentina success story. Nevertheless, Nicolás honoured Domingo’s request, made during his final days, that the neglected Angélica vineyard should be restored.

Fast forward to the 1994 harvest and Nicolás was showing his new Tuscan winemaker Atilio Pagli around the winery, setting out his passion for Sangiovese. But Pagli’s attention was caught by a crate of Malbec grapes on their way to the destemmer. Full of questions about the vineyard that produced them, he asked to be taken to Angélica immediately.

Having immersed himself in various fermentation trials with grapes from different plots within the Angélica vineyard, Pagli reported back to his boss. “I have good news and bad news,” he began. “You’ll never make a great Sangiovese here; but what you have in Malbec is unique and extraordinary.”

Gradually convinced of the potential for Malbec as Argentina’s national grape, the Catena family began trying to understand more about this variety. Nicolás’ daughter Laura applied her scientific background to oversee foundation of the Catena Institute of Wine (CIW), started with 135 cuttings from Angélica. Those identified as having valuable properties: balanced, low yielding, with small, concentrated berries, were isolated then reproduced via massal and clonal selection in Catena’s other high altitude vineyards.

It was Angélica’s offspring that were used to plant the producer’s 1450m altitude Gualtallary vineyard Adrianna. Named after Nicolás; youngest daughter, today Adrianna is widely regarded as one of Argentina’s most exciting, distinctive and high quality terroirs that has inspired other producers to establish high altitude vineyards for their most ambitious wines.

Angélica may have been instrumental in bringing Catena, and indeed Argentina, to the attention of the world’s wine lovers, but the family now believes the highly varied genetic material in these old vines will also play a vital role in securing their future.

Adrianna Catena, Angélica’s granddaughter, highlights the diverse attributes of these ancient vines. “Some will adapt better to colder, others to warmer climates,” she explains. “Some will develop stronger, deeper roots, more resistant to drought; others will present shallow roots, adapting to clay soils and more plentiful water.”

Her sister Laura Catena, who today heads up the family business and has played such a crucial role in investigating the genetic legacy of the Angélica vineyard, is convinced about the future value of these vines, even if their precise use remains uncertain. “We don’t really know how this genetic material might one day help us respond to climate change and disease,” she acknowledges, “but I think it’s clear to all of us at the CIW, that we need to do our best to preserve it.”

As producers worldwide assess the need and best method to adapt to a changing climate, Catena is at least one step ahead. That head-start lies not only in this treasure trove of genetic material, but also in an academic mindset that gives vital focus to the family’s dedicated pursuit of exceptional quality. Both attributes are firmly rooted in the astonishing legacy of one quietly inspiring woman.

The following wines from Catena Zapata won medals in the Global Malbec Masters 2020:

Adrianna Vineyard Fortuna Terrae Malbec, 2015 – Gold
Using Malbec from Catena’s prized, high-altitude Adrianna Vineyard, the ‘fortuna terrae’ – or lucky soil – of this site in Mendoza’s Gualtallary district produces a wine of depth, complexity and balance, which, with this 2015 vintage, is just starting to show some age. In terms of flavours, there are notes of violet, stewed plums, and black cherry, then a touch of pepper, coconut husk, coffee and toast, before this intense wine finishes with a firm, dry tannic sensation, readying the palate for another sip. (Patrick Schmitt MW, 2020)