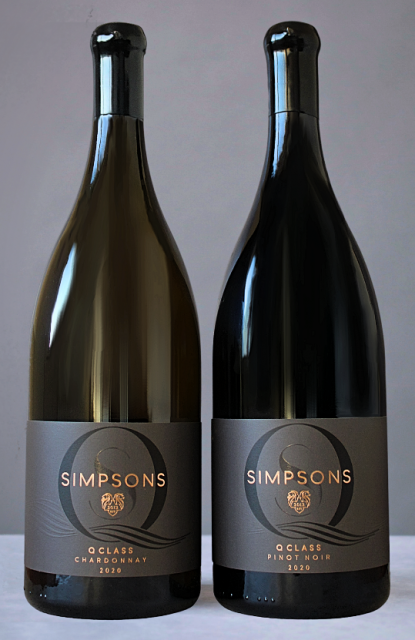 The two Q Class wines, which are available as magnums priced at £100, will only be produced in remarkable years, the company said, in order to showcase the estate’s quality.

Only 1,000 bottles of each wine have been created.

Charles Simpson said he was delighted to be launching a duo of world-class still wines in magnum format, which comes on the back of its success for its Rabbit Hole Pinot Noir and The Roman Road Chardonnay.

“It has been an incredible journey for Simpsons’ Wine Estate, as our original focus was solely on producing sparkling wines,” he said. “ However, with the quality of the Chardonnay from our first harvest in 2016, The Roman Road Chardonnay was born, and then two years later, the bountiful 2018 vintage made it hard to resist venturing further into still wine production.”

Simpsons’ described the 2020 harvest conditions as “idyllic”, and combined with an outstanding parcel of Chardonnay on its Railway Hill vineyard site, provided the perfect year “to push the boundaries of world class still wine production even further”.

The name of the new release coming from the Q Class engines – powerful, yet elegant engine – which travelled on the Canterbury to Folkestone light railway passing across the current site of its Railway Hill vineyard, in the late 19th and early 20th Century.

Ruth Simpson added that because the wines will only ever be produced in exceptional vintages, the duo wanted to make sure that every detail at each stage of production would add an extra special touch.

“The labels evoke the rail travel theme, whilst in keeping with our signature Simpsons’ style. Each bottle has been sealed with wax by hand and will arrive in a beautiful presentation box,” she said.

The Q Class Magnums are available exclusively through Simpsons’ Wine Estate, and in selected on-trade and retail stockists. They are also launching internationally, available in one of its leading export markets, Norway, where Simpson said they had garnered a huge amount of interest.