Bordeaux en primeur 2020: After the horse has bolted

The 2020 en primeur campaign is still very young, but with a few interesting releases in the last few days some early signs are starting to emerge as to how it might unfold, says Colin Hay. 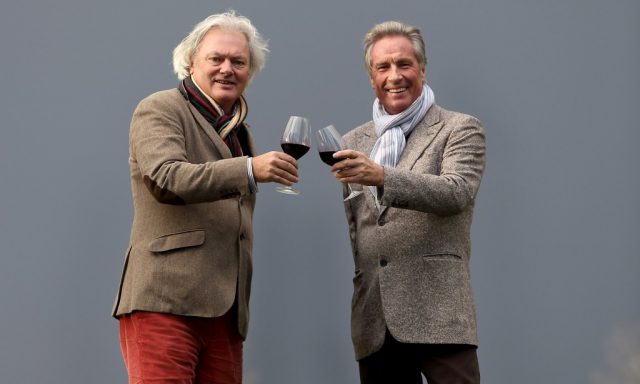 Cheval Blanc’s fascinating release a week ago confounded the early speculation that we might expect to see price increases in euros of around 10-15%.

For, at an ex. negoc. per bottle price of €380 (in comparison to the 2019’s €370), the increase was only 4% in euros. Given the appreciation of sterling in the intervening year, this might have been expected to deliver a very modest reduction in the sterling-equivalent price. But, in practice, the wine was offered in the UK for £4656 per case in bond, a little less than 4% higher than the £4500 typically demanded on release in London for the 2019.

Unsurprisingly the wine was very well received on la place de Bordeaux and in London and has largely sold out. The question was, then, whether Cheval Blanc’s first mover advantage had served to set a price rise ceiling for the campaign at around the sterling equivalent release price of the 2019. 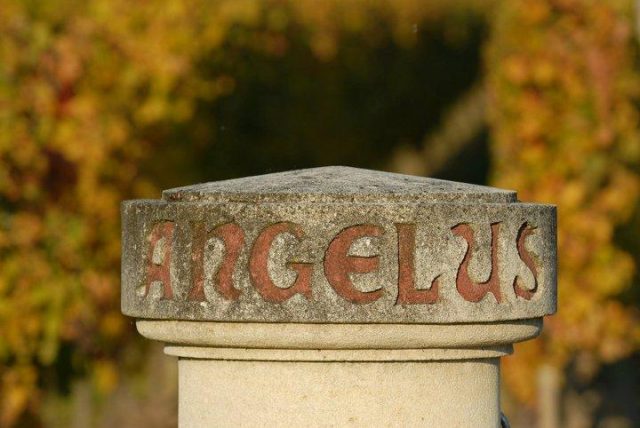 Judging by the events of this week – and, again, hardly surprisingly – the answer is no … or at least not yet. For this week has seen a number of high profile and equally interesting releases. They fall quite neatly into one of two categories.

In the first category we have those who have bucked the Cheval Blanc trend by releasing at a price significantly above their 2019 release price in euros. The most notable example is Angélus, not least because it is also a Premier Grand Cru Classé 1 A St Emilion.

It is also very well backed by James Suckling (98-99), Jancis Robinson (18) and Jane Anson (97). But it remains to be seen whether the market will be tempted. Liv-ex suggests that the wine would need to secure 97 points from Neal Martin for it to represent ‘fair value’. 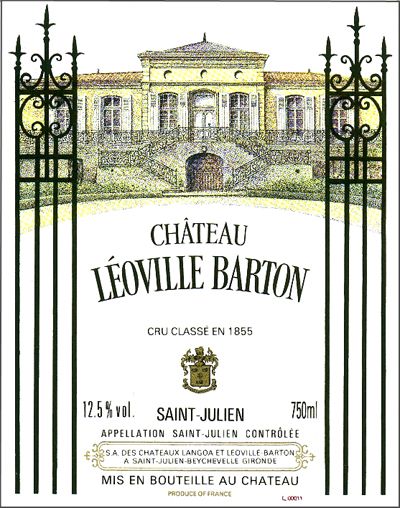 It would need to secure 95 points from Neal Martin for Liv-ex to see it as representing ‘fair value’. In the absence of his score to date, it will be fascinating to see if, and to what extent, the market will respond to what seems like quite an ambitious offer. Many other Médoc classed growths will be watching on with bated breath.

If this is the first camp, then we have a second camp too. Here we have a number of wines, including the key releases from the Perse/Pavie stable and, intriguingly, Langoa Barton, at prices close to, at or below their 2019 release price in euros. Here are the details:

Each of these wines seems well-placed to sell. But what is likely to determine the pricing strategies of others is not really the success (or, indeed, failure) of this second group of chateaux but the first. If there is a clear market for wines released early at a sterling-equivalent price hike of around 10% then we can definitely expect others to follow. That is what many expected before Cheval Blanc’s release. But, for now at least, it remains an open question.

Other interesting releases include:

Angélus (St Emilion; a vineyard of 42 hectares planted 50:50 with Merlot and Cabernet Franc, though only around 24 hectares of the oldest vines are now used for the grand vin; 60% Merlot; 40% Cabernet Franc; aged in a combination of oak barrels, larger foudres and amphorae; in conversion to organic wine-making; pH 3.65; 14.5% alcohol). Tasted twice, first from a sample sent from the Chateau and then at Caves Legrand in Paris with Stéphanie de Boüard-Rivoal.

Translucent at the core, but very much towards the blue-indigo-violet end of the spectral range, this has an almost fluorescent pink/indigo rim. It is slow to reveal itself on the nose, as it so often is, and requires a combination of patience and gentle encouragement. But it is fascinating to follow the flourishing of the phoenix in slow motion.

The first note to appear is graphite with a little suggestion of cedar, then the fruit starts to arrive – plump, ripe, juicy blueberries, mulberries, sloes, damsons and finally the more opulent red and black cherry notes present themselves with violets and irises and a little hint of macadamia nuts.

The old-vine Cabernet Franc, as ever, brings so much to this and yet, as with the other great wines of this exceptional vintage, one feels that one is really only scratching the surface, with so much more still to be revealed. The tannins are of gossamer, imparting a calm almost spiritual sense of awe – like walking from the bright bustle of the city into a dark cathedral and adjusting one’s vision to the dappled light from the stained-glass windows.

But the wine is extremely dynamic in the mouth, and the tannins build in intensity and granularity helping illuminate, in an almost pixilated way, the details of the densely layered and tightly focussed mid-palate, building to a lovely sappy crescendo and an almost austere calm finale. Bright and radiant but more sombre and serious in personality, this is a little more introspective and a little less indulgent and hedonistic than it used to be – and, for me at least, more harmonious, elegant and beautiful for it.

Branas Grand-Poujeaux (Moulis-en-Médoc; 60% Merlot; 35% Cabernet Sauvignon; 5% Petit Verdot; aging in oak barrels, 60% of which are new, for 14-16 months; pH 3.6; 14.5% alcohol). This comes, of course, from 17 hectares of the Grand Poujeaux plateau (approximately 20% of the appellation itself) – a geological continuation of the strip of ancient Günzian gravel that also provides many of the greatest terroirs of Margaux and Pauillac.

I have been a big admirer of this wine and the spectacular progression here in recent vintages. The 2020 maintains that forward momentum. Rich and slightly spicy on the nose with an opulent aromatic personality – baked plums, plump cherries and damsons with cloves and sweet spices and, with more air, a lovely cedary element that helps to bring out the black cherry fruit, with just a hint of lavender and grated dark chocolate.

A sumptuous entry with extremely silky tannins and, again, an impressive amplitude. Shimmering and bright at first this dances on the palate before the tannins start to grip and bight, bringing this to a nicely focussed slightly chewy but very sappy grape-skin finale.

Dauzac (Margaux; from a vineyard of 42 hectares on a deep gravel terroir; certified organic; 72% Cabernet Sauvignon; 28% Merlot; aging in oak barrels, two thirds of which are new; 28% Merlot; 45 hl/ha; 14% alcohol). Very dark hued, extremely viscous and limpid in the glass, just about translucent at the core and with a very ill-formed magenta/lilac rim.

This is quite closed at first on the nose, with just a hint of cedar and cassis that slowly builds with aeration and patience. This is nicely composed, firm and with a lovely very dark fruit profile – fruits of the forest, cassis and black cherry. Cool with a little mint leaf on the attack, quite plump and ample with very ripe fruit (but just on the right side of the maturity fence for me), with the richness of the cherry notes nicely countered by the freshness that comes from the blackcurrant. Tense, lithe and lively, with a bright, clean pure fruitiness.

This doesn’t have the mid-palate delineation or layering of some of the very best wines of the appellation, but it’s an impressive continuation of the upward trajectory now well-established at Dauzac.

Langoa-Barton (St Julien; 53.5% Cabernet Sauvignon; 38% Merlot; 8.5% Cabernet Franc; a final yield of 34.5 hl/ha; 13.5% alcohol). Tasted at the UGC in Paris from a very cold sample and then from a fresher sample sent from the property – with consistent results given the difference in the quality of the samples.

A really beautiful and very classically St Julien nose. Walnuts and walnut shell notes accompany the creamy, deep, dark, rich and very fresh and lifted berry and stone fruit, with a ripple of graphite minerality and a loamy, mossy earthiness underpinning all of this.

On the palate, the attack is intensely soft and gentle, the tannins exceptionally fine-grained, giving this a very sinuous and fluid mid-palate which is beautifully framed by the sappy, juicy fresh fruit. Very pure and precise, without ever being linear; and fantastically refreshing on the elegant walnut and cassis finish. Just lovely.

Lassègue (St Emilion; 60% Merlot; 35% Cabernet Franc; 5% Cabernet Sauvignon; aged for 12 months in 52% new oak; a final yield of 43 hl/ha; pH 3.6; 14.5% alcohol). Another beautifully limpid and glossy en primeur sample with a radiant and almost fluorescent pink/lilac rim. Open, expressive and fragrantly fresh on the nose with a lovely combination of deep purple flowers (peonies perhaps), blue and purple berry and stone fruit and a traditional classroom full of pencil shavings (if that is the appropriate collective noun!).

Bright, light, aerial and almost gravity-defying on the palate despite the considerable density and intensity of the fruit, this is one of those deceptively powerful wines because of the sheer quality and compactness of the grain of the tannins. There has been a sharp and steep progression at Lassègue in recent vintages and this is perhaps their best yet. Exquisitely joyous and exquisitely complete.

Léoville-Barton (St Julien; 85.5% Cabernet Sauvignon; 14,5% Merlot; a final yield of 34.5 hl/ha; 13.6% alcohol). Like Langoa, this was tasted at the UGC in Paris from a very cold sample and then from a fresher sample sent from the property – with consistent results given the difference in the quality of the samples. More floral and a little bit fuller and actually more open on the palate than its stablemate, this is sumptuous and, again, so archetypally of its appellation.

This is very pure and ultra-precise. It is just a little more sombre and austere – more compact and concentrated, with a luminous, crystalline and almost gravity-defying mid-palate. For it is both fluid and dynamic and yet simultaneously dense and rich. Really tense, very energetic and, quite simply, excellent.