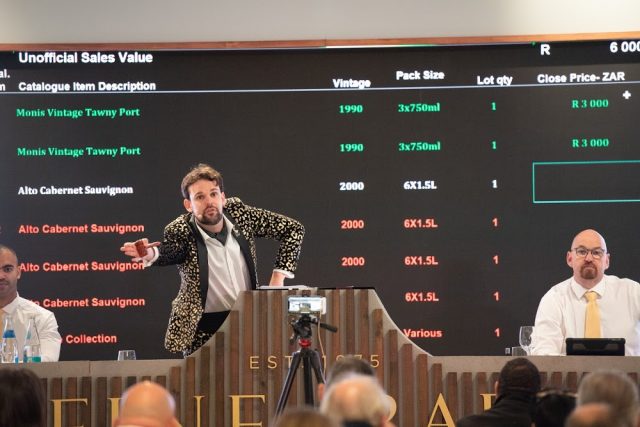 The sweet wine from an allocation originally destined for Napoleon Bonaparte, smashed its £4,000-£6,500 estimate, and was snapped up by a UK-based Christie’s client.

The time capsule wine was recorked in 2019 at a recorking clinic overseen by Amorim’s CEO, Joaquim Sá. Housed in a black glass bottle, the sweet wine was also numbered with a seal bearing a traceable number to ensure its authenticity. 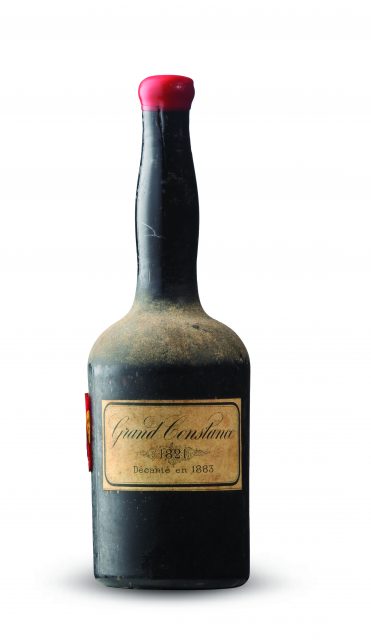 The first hybrid version of the Cape Fine & Rare Wine Auction was live streamed from the Rupert Museum in Stellenbosch and achieved a total of £112,000 in sales.

With Charlie Foley of Christie’s manning the gavel, the auction featured 110 items across 368 lots.

The top-selling red lot, meanwhile, was a Cabernet Collective 2009 mixed case of 12, which went under the hammer for £1,086.

“Following a year that has impacted the South African wine industry like no other, the Cape Fine & Rare Wine Auction showcased the tenacious spirit of the country’s winemakers, and the massive favour they carry with wine enthusiasts globally,” said auction director, Niël Groenewald.

“Wines representing the rarest and finest of South Africa, including bottles meticulously preserved since the 1960s, wines produced under South Africa’s pioneering Old Vine Project, and the highest quality wines from some of the country’s most successful vintages – 2009 and 2015, as well as a rare bottle of Grand Constance 1821, all contributed to an impressive showcase,” he added.