A bottle of 1967 The Macallan whisky featuring a label designed by English artist Sir Peter Blake is to be auctioned in New York on 13 March at Sotheby’s first dedicated luxury spirits sale. 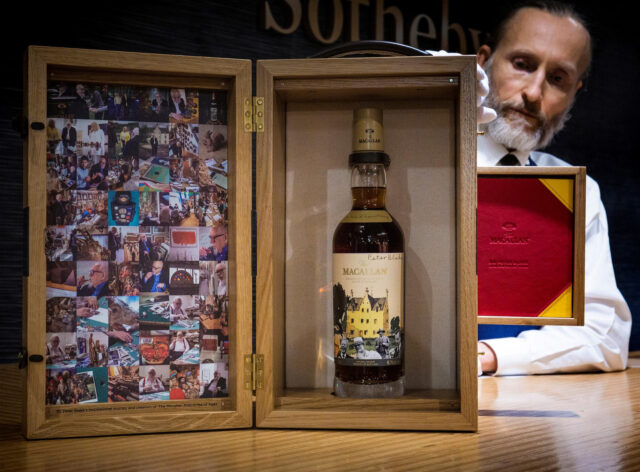 The 1967 is just one of 13 rare bottles that constitute The Macallan’s ‘Anecdotes of Ages Collection’, featuring artwork by the English pop artist Sir Peter Blake, best known for designing the sleeve that adorned the Beatles album Sgt. Pepper’s Lonely Hearts Club Band.

According to Sotheby’s, the bottle is expected to fetch between US$125,000-750,000 at the sale. The highest bidder will receive a print donated by Blake, and a bespoke VIP experience courtesy of The Macallan. 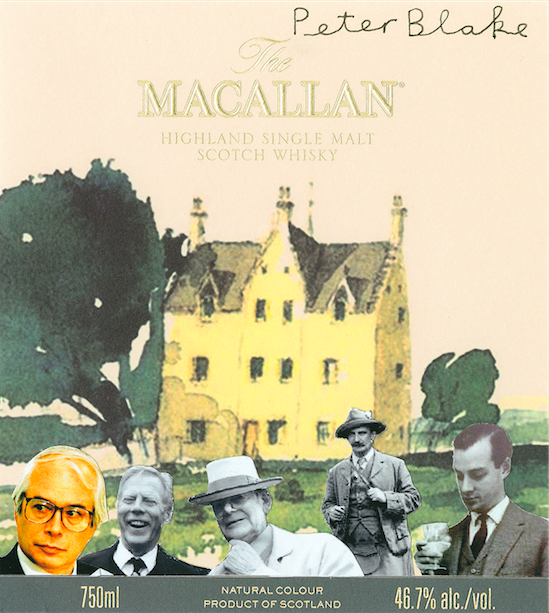 “In recent years, we have seen significant growth in the enjoyment and collecting of rare whisky around the world, most notably from a new group of younger collectors.”

Despite the ongoing global disruption caused by the Covid-19 pandemic, Ritchie told db that the secondary market for fine and rare wines and spirits had shown impressive growth in 2020.

“We had a very successful year in 2020 for both wine and spirits. We adopted a rapid digital transformation, hosting 21 online auctions in addition to 20 live auctions, when we had originally planned 28 live auctions,” he explained.

“The digital tools we now use would have taken another two to five years to implement under normal circumstances and resulted in the growth of 40% of new buyers, with particular strength in the under 40 category.

“We led the market in Asia for the third year in a row, with our second highest overall total for sales of wines and spirits.”

Nevertheless, Ritchie was keen to stress that luxury spirits have been encroaching on wine’s territory in recent times. “Interestingly, spirits have continued to be increasingly important in our auction market, having risen from 4% in 2018, 13% in 2019 and 19% in 2020,” Ritchie told db.

He added: “Our bidders are roughly split 1/3 in each region: Americas, Europe and Asia, but Asian buyers are the least price sensitive, buying roughly 64% of the wines that we sell and 79% of the spirits that we sell.”