South African wine directors have got to “wake up” and stop selling bulk wine lower than the price of water,  VinPro’s chairman Anton Smuts told delegates at its annual information day. 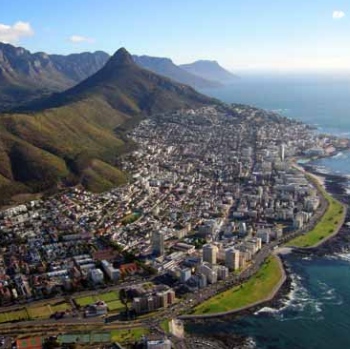 Speaking at the annual VinPro day in Cape Town yesterday (17 January), Smuts told around 900 representatives of the South African industry that “14% of our bulk white wine sells for under R4.50, while water sells between R5-R6.”

“How many wine producers know in which markets and at what price their wines are being sold,” Smuts said, according to a tweet on VinPro’s official twitter feed.

“Just remember we sell 1 million bottles of wine overseas every day, as a developing nation with full certification and ethical codes ” it quoted him as saying.

“Make every bottle of wine count as a brand South Africa ambassador.”

According to VinPro’s Christo Conradi, the industry needs to be able to adapt its strategies per market and season, as he reiterated the problem of South Africa’s wine remaining under-priced.

“Why, after the success of Cape Wine, is South Africa’s wine still among the cheapest in the world – do we have marketing problem?” he asked, according to a tweet by UK industry expert Robert Joseph, who added that low stocks were pushing the price up for both red and white and finally keeping up with inflation.

Currently around 49% of South Africa’s still wine which sold between January and October 2018 was sold below R30, VinPro said, but production costs had increased 7.42% since 2004, alongside stagnant wine prices. Currently, more than 80% of South African wine producers are farming below a sustainable net farm income of R30,000 per ha, it added.

“How are our producers surviving?” VinPro asked in a tweet.

“It’s time to start moving, take ownership and make a difference,” Conradie told delegates. “Our biggest opportunity is our mindset.”

Producers also need to invest an amount of roughly R13 billion over the next ten years to be able to replace 50% of vineyards that are older than 16 years of age, according to Smuts.

However Wandile Sihlobo, agricultural economist and head of research at South African voluntary association of agribusinesses, Agbiz, argued that sentiment and confidence were crucial for building economic growth it the wine sector, and South Africa needed to accept it had “a confidence crisis”.

“Before we start investing in into the industry again, we need to start building confidence,” he was reported as saying.

Sihlobo highlighted a number of key issues that needed to be addressed, including the uncertainty regarding SA’s land reform policy – ‘a key risk in the near term’ – the sector’s ability to adapt to climate change, water rights regulations, infrastructure constraints in some farming areas, notably under-utilised areas on former homelands, and non-tariff barriers in international trade. It also needed to address the decline of foreign direct investment in South African agriculture, he said.

The conference also gave an update on the 2019 harvest, which it said was shaping up to be “promising”, although vineyards are likely to take some time to recover from the droughts of 2017-18.