Cockburn’s has launched the first ever Private Members’ Club for working Santas, offering a free Port and a comfortable spot for them to take a break from their duties this festive season.

The club will be based at M Restaurants in Victoria, with the Port producer prompted to provide such a space following a survey of 100 ‘Santas’ found that 92% felt stressed while performing their yuletide duties.

Although Santas were in agreement that the very best part of their job was making people smile (45%), followed by receiving selfless requests from children (28%).

Some of their favourite requests included being asked for a new baby brother or sister, and other weirder requests for “a llama”, “a spaceship”, “a pet unicorn” and even “a new girlfriend for daddy”.

Anthony Symington at Cockburn’s said: “Everyone loves it when Santa makes an appearance at Christmas, but it’s not always as jolly as it seems. Our research found that Father Christmas can succumb to workplace stress just the same as the rest of us, so we thought it was time to give back to dear old Saint Nick! At the Cockburn’s Club, Santas can kick back, relax and tuck into a warming glass of Port.” 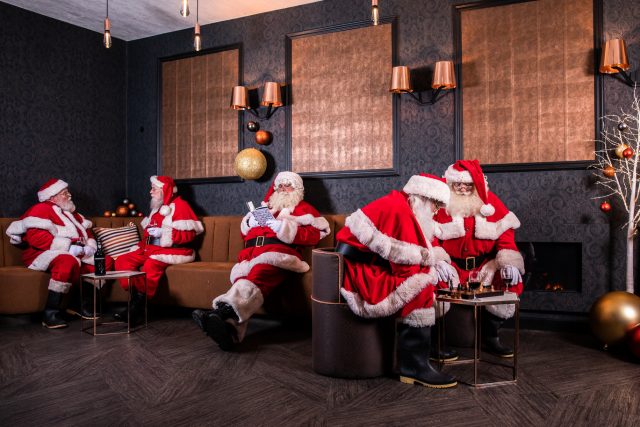 From now until Christmas Eve any working Santa, in uniform, will be able to receive a free Cockburn’s Special Reserve Port at M Victoria in London and a comfortable place to take a break.

Surprisingly, Martin Williams, founder of M Victoria revealed that he used to be a working Santa himself, “back in the day”, so understands the stresses of the job more than most.

“Sometimes all you want after a long day in the grotto is to be able to unwind with some good company and a glass of your favourite tipple, which we’ll happily provide,” he said.

To make a booking at Cockburn’s Private Members’ Club at M Victoria, Santas should email Silvija@mrestaurants.co.uk