Non-alcoholic and low-strength beers are now “incredibly important” to UK pubs, according to the head of the British Beer and Pub Association (BBPA), as the no ABV category ferments in Europe. 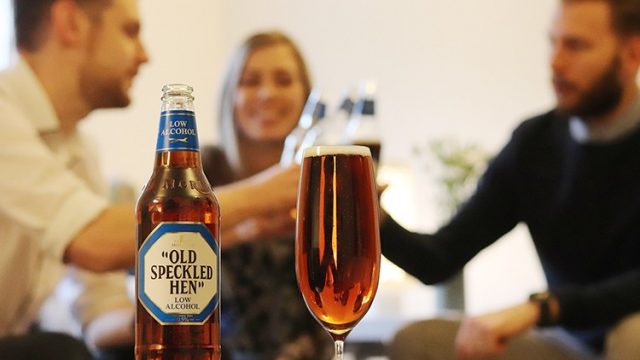 Brigid Simmons, CEO of the BBPA, told the drinks business that lower strength beers are a “really great opportunity for the beer market.”

Simmonds’ views coincide with a report published by the Brewers of Europe on Tuesday, which shows that non-alcoholic beer now counts for 2% of Europe’s beer production by value. Sales of European non alcoholic beer rose to reach nearly €900 million (£800 million) in 2017.

A number of UK breweries have started to add low alcohol versions of their flagship beers to their portfolios. Brewer and pub giant Greene King announced plans to introducie a 0.5% ABV version of its popular ale Old Speckled Hen last month, while Suffolk-based St Peter’s brewery signed a deal with the Old Sport Company to serve its 0.0% ale Without Gold at the group’s sites in Lemington Spa and Wokingham, with other pubs in the chain set to introduce it “very soon.”

However, a growing number of breweries are also producing lower strength beers, with an ABV between 1% and 3.5%. South London brewer Small Beer Co launched in November 2017 with a core range consisting of a Pilsner-style lager made with British malt and Saaz hops (2.1% ABV) and a dark lager (1% ABV) described as having “dark berry fruit on the nose” and a “coffee-like palate and smoky finish”.

The BBPA boss told the drinks business that both “no alcohol and low strength will be important.”

“There’s plenty of great tasting beers below 4%,” she said, “and we really are starting to see growth in this area.

Kris Gumbrell, co-founder of UK pub chain Brewhouse & Kitchen, told the drinks business the move towards low strength beer is “one of the more surprisingly developments in the past 12 months.”

“We’ve seen in the popularity of session beers that the craft beer drinkers really enjoy beers with lower alcohol contents, so the natural progression would be to expand the low and zero alcohol beers.

“We are definitely looking into this and, with popularity growing into 2019, we and the wider craft beer market will need to respond to consumer demand.”

The British Beer and Pub Association (BBPA) welcomed a proposal by the European Commission to extend the threshold for low alcohol beers that can benefit from reduced duty rates in May this year, from 2.8% ABV to 3.5% ABV. Simmonds is currently in Brussels working with other European industry leaders to negotiate a change in the legal requirements for taxing non alcoholic and low-strength beers.

“It’s currently under discussion in Brussels and we hope that change would be made.”