Sotheby’s to offer ‘glorious’ collection in London and NYC

Auction house Sotheby’s is to offer the private collection of a ‘European connoisseur’ in London and New York this winter, which includes a ‘glorious’ array of fine wine. 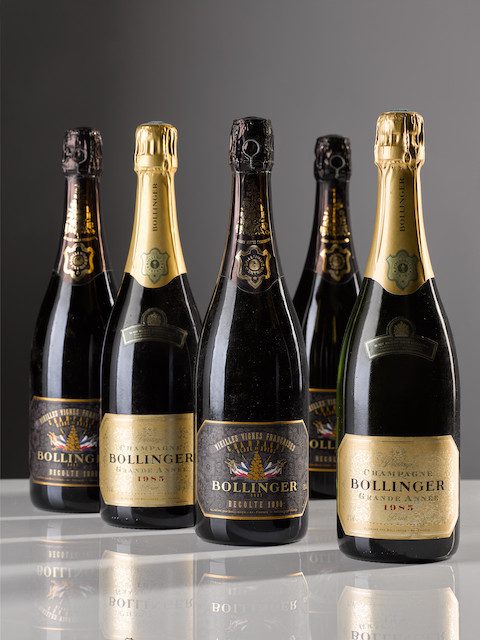 The first part of the sale will take place in London on 21 November and part two in New York on 8 December.

There is a strong showing of southern and northern Rhône as well, not least Guigal’s famous ‘La Las’ (dating back to 1989) and Hermitage from Jean-Louis Chave and Paul Jaboulet Aîné’s La Chapelle (1978).

Syrah lovers whose tastes extend to Australia will no doubt be intrigued by bottles of Henschke’s 1996 and 1998 Hill of Grace and 1994 and 1996 Penfolds Grange.

Elsewhere, there are parcels of Italian and Spanish gems such as Vega Sicilia’s 1994 ‘Unico’, 2001 Masseto, 2001 Ornellaia and Barolo and Barbaresco from Bruno Giacosa and Giacomo Conterno.

And just when it seemed that Bordeaux and Burgundy had somehow been forgotten, there are also bottles and cases of rarities such as Domaine Ramonet’s 1992 Montrachet, 1988 Richebourg from Domaine Leroy, 1998 Clos St Jacques from Armand Rousseau, Comte Georges de Vogüé’s 1978 Bonnes Mares, 1982 Mouton Rothschild, 1989 and 1990 Petrus and six bottles of 1928 Palmer.

Sotheby’s honorary chairman, Serena Sutcliffe MW, said: “This is one of the most evocative collections of wine we have brought to auction. These bottles are extraordinary examples of their kind, made in the most exciting viticultural areas of the world by great exponents of the art of winemaking. All the perfect storage and maturing of these wines have ensured that the future owners can start to drink and appreciate their acquisitions soon after delivery, ideal for the impatient and those with imminent entertaining/festive plans.”

Away from the private collection the sale features more Champagne, claret, Burgundy and Italian wines and also a Lalique decanter of 50 year old The Macallan (no. 15/470) which has an estimate of £38,000-45,000).