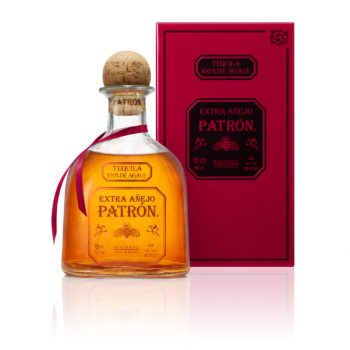 As demand for premium Tequila continues to rise, Patrón has released the first addition to its core range in 25 years: Patrón Extra Añejo Tequila.

“When Patrón launched nearly three decades ago, the world was a very different place for Tequila,” said Lee Applbaum, global chief marketing officer, Patrón Spirits. “Fast forward to today, the evolution of the ultra-premium Tequila category has been extraordinary, as more people across the globe have come to recognise and value the sophistication of this world-class spirit. Patrón Extra Añejo is an excellent example of this rapidly changing consumer appreciation for fine Tequila, and we’re delighted to share this new expression with spirits aficionados everywhere.”

Patrón Extra Añejo Tequila is distilled from 100% Weber Blue Agave, then aged for more than three years in a combination of new and used American, French and Hungarian oak barrels, imparting flavours of banana, honey, and vanilla, together with the distinctive flavour of light agave and oak. 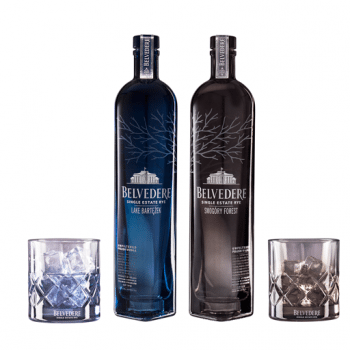 Belvedere Vodka will debut two new single-estate vodkas this month, in an effort to prove that terroir can affect the flavour profile of a vodka. The Belvedere Single Estate Rye Series comprises two new vodkas. The two expressions – Smogóry Forest and Lake Bartezek – are each named after the estate from which the Polish Dankowskie Diamond Rye used to make it was sourced.

“Terroir is not simply a notional concept; it really does shine through in our food and drink and enables us to experience the history and traditions of a place through our palate and senses,” said Claire Smith-Warner, head of spirits education for Moët Hennessy. “We hope this innovation will leave people with a better understanding of terroir and a fresh perspective on vodka and its potential to be much more than a neutral spirit.”

Smogóry Forest, made from rye grown in western Poland, carries notes of salted caramel, a touch of honey and white pepper and finishes salty-sweet. Lake Bartezek, made from rye grown in northern Poland’s Mazury lake district, has notes of black pepper, toasted nuts and cream, and is described as full, round and mellow.
Both make their debut in the UK at London Cocktail Week, and will be available in select international markets including the US, France, Australia and others in early 2018. 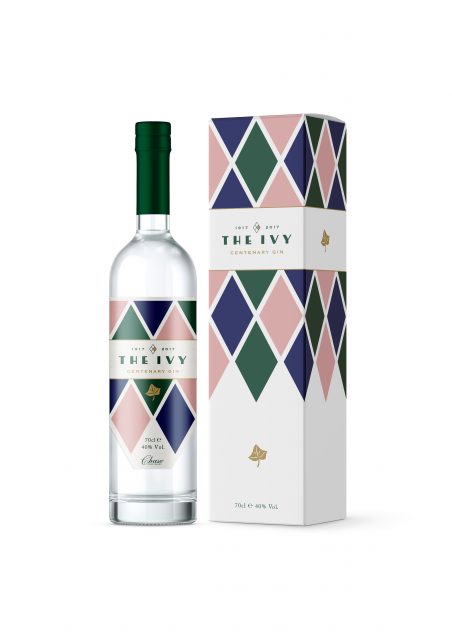 London restaurant The Ivy has teamed up with Herefordshire’s Chase Distillery to create The Ivy Centenary Gin as part of its ongoing 100th-anniversary celebrations. The Ivy Gin, made by Chase Distillery in collaboration with The Ivy’s bar team, uses English ivy as its lead botanical. Others include spruce needles, sage leaf, coriander and bitter almond. The resulting gin is described as having a distinctive pine flavour that “flows into herbaceous juniper and finishes on light, fresh herbal and citrus notes”.

Darren Ball, bar manager at The Ivy, said: “Gin has always played an important role in the history of The Ivy, with bartenders serving up classic gin cocktails from the 1920s onwards.
“It remains one of our most popular spirits, and it seemed only right that we should recognise this celebratory year with a commemorative spirit. The Ivy Gin works beautifully in classic serves like a Gin and Tonic or Dry Martini, where the herbal and pine notes shine through.”

The commemorative spirit is housed in a 70cl bottle that features The Ivy’s signature stained glass, which adorns the windows of the restaurant in London’s West Street.

Australian wine brand Tempus Two has launched two new wines as part of its Silver Series onto the UK market.

Featuring a Sauvignon Blanc and a Cabernet Sauvignon, the wines have been produced using grapes sourced from throughout South Australia. Silver Series Sauvignon Blanc is described as a full-flavoured wine, with delicious passionfruit and lime aromas, and a splash of tropical fruit flavour that perfectly balances a “crisp, clean finish”. The Silver Series Cabernet Sauvignon opens with “dark berry aromas” that follow through to the palate, with notes of cherry and chocolate, leading to an “earthy oak character” on the finish. 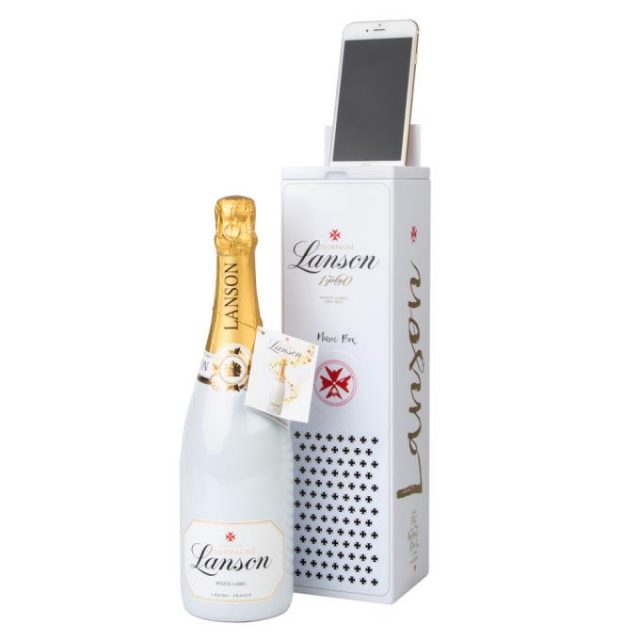 The 75cl bottle comes housed in a white metal tin, which also doubles up as a music box, allowing the recipient to use it as a speaker for their smartphone.

Lanson’s sec-style NV White Label Champagne, with a 28g/l dosage, is packaged in a white bottle, and is made from a blend of Chardonnay, Pinot Noir and Pinot Meunier, aged in bottle for at least three years before release. It marks the first time that Lanson has worked with Moonpig on a limited-edition release. 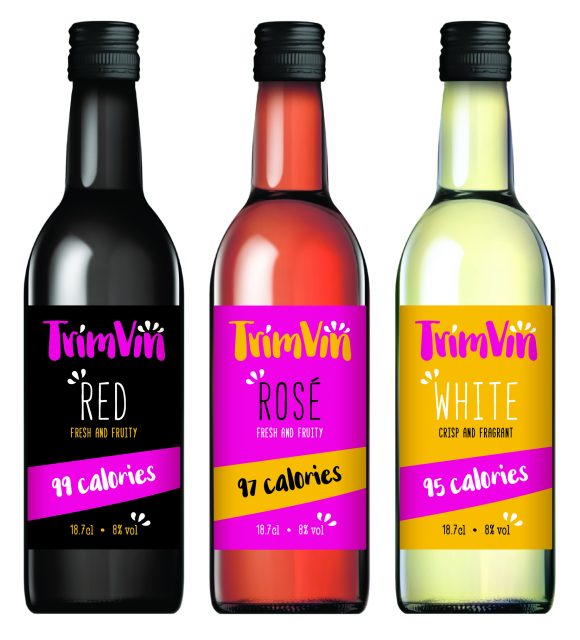 UK wine importer Broadland Wineries has launched a range of low-calorie, low-alcohol wines aimed at the off-trade, called TrimVin. TrimVin is available in a red, white and rosé. This British wine is sold in 187ml single-serves that contain less than 100 calories and an abv of just 8%.

“With TrimVin, we focused on developing a great-tasting wine that we then combined with approachable, easy-to-remember branding, and strong in-store shelf visibility.”

Martelo is a single-vineyard reserva, produced by 60-year-old vines considered to be the best on the property. The 2012 vintage is made from 95% Tempranillo, while the remaining 5% is a traditional field blend of Mazuelo, Garnacha and Viura. The wine spends 24 months in oak – 80% of which is American with the remaining 20% French.

“Martelo is the result of 20 years work in the vineyards at Torre de Oña,” said Julio Sáenz, winemaker at La Rioja Alta. “We carried out detailed soil studies and intensive research in our experiment hall, and we are very proud of our first release. The 2012 meets all of my criteria for Martelo – it was a fresh vintage with pleasant tannins and long, unhurried and balanced ripening.”

Martelo will sit at the top of the La Rioja Alta Alavesa range, alongside Torre de Oña Reserva and Finca San Martin Crianza. 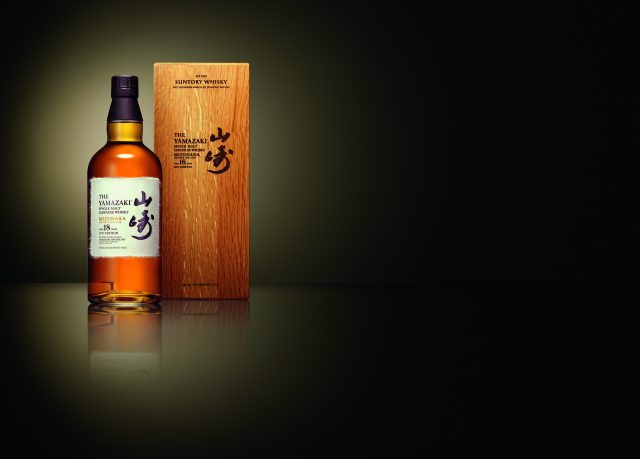 Japanese whisky producer, Suntory has announced the launch of its Yamazaki Mizunara 2017 edition, made from a blend of single malt whiskies aged for a minimum of 18 years in casks made from the rare Japanese oak – Mizunara.

Found in only a few regions of Japan, the rare Mizunara oak is hard and permeable in nature, making it a difficult wood to make casks from. Through perseverance, Suntory’s craftsman have mastered the art of Mizunara cask-making, identifying the perfect trees to make their casks.

“I wanted to reveal the whisky’s soul that is the art of Mizunara – a heightened sense and awakened palate, engaged through aromas and flavours never known before,” said Suntory’s chief blender, Shinji Fukuyo.

Age is the key to unlocking the signature taste of Mizunara, says Fukuyo, with a long maturation period resulting in a whisky that has a “spiciness and incense-like flavour of sandalwood and aloe wood”, which Suntory considers as the quintessential “Mizunara-ness”. 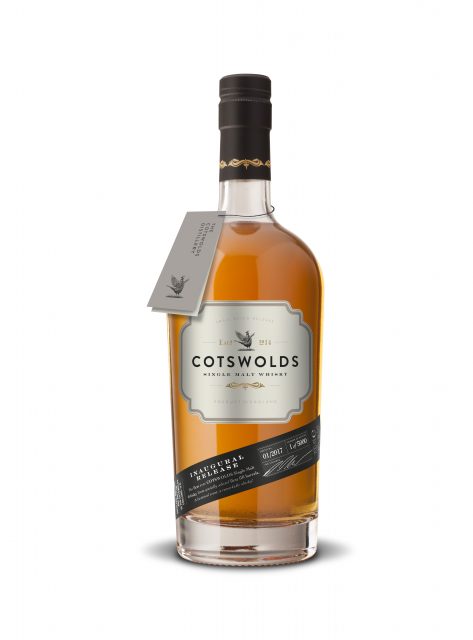 The Cotswolds Distillery – better known for its gin – has unveiled its first English whisky – a single malt.

Just 4,000 bottles of the Cotswolds Distillery’s Single Malt whisky have been made available, with much of the allocation already having been sold. Production of the single malt began in September 2014 under the guidance of whisky expert the late Dr Jim Swan, whose work with ‘New World whisky’ distilleries has brought expressions such as Kavalan and Milk & Honey to global attention.

Rich and fruity in style, the Cotswolds Single Malt Whisky has been matured in a combination of first-fill ex-Bourbon barrels and specially shaved, toasted and re-charred red wine casks. Only Cotswolds-grown malted barley is used in its production, with the barley variety and farm it was grown on listed on each bottle.
“Our Single Malt is the culmination of years of hard work, combining more than five decades of ‘grain to glass’ production knowledge from internationally-renowned experts with the region’s best-in-class ingredients,” said Daniel Szor, founder and CEO, Cotswolds Distillery.”