The bike famously owned by one of Champagne’s grande dames, Lily Bollinger, is to be ridden in a vintage bicycle race in the UK this weekend. 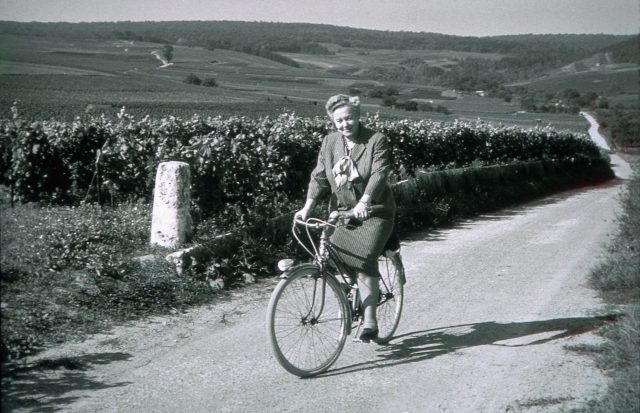 The little blue Peugeot, which Bollinger used to ride through the vineyards of Champagne, is to be ridden at the Eroica Britannia festival in Derbyshire on 18 June.

Shipped over specially from Champagne, the bike will be powered by Bollinger’s UK director Victoria Carfantan doing her best to channel the spirit of the indomitable Champenoise.

Fully restored for the event, this will be the first time the bike will have been for an outing since Bollinger passed away in 1971.

Champagne Bollinger said in a statement: “Such an iconic sight was ‘Aunt Lily’ pedalling among the vines that the family preserved her bicycle as a reminder of the great work she did. Eroica Britannia 2017 will see madame Bollinger’s original bicycle ridden for the first time in any event worldwide.”

Bollinger is also a partner of the festival – which is taking place from 16-18 June – and will have a branded bike with a cool box attached from which it will be selling chilled half bottles to riders and visitors alike.