Maison Joseph Drouhin, the family-owned and operated wine estate with properties in Burgundy and Oregon, has promoted John A. Caruso as president of Dreyfus, Ashby & Co, a leading wine importer owned by the estate. 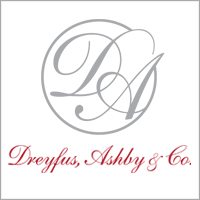 Most recently Caruso was serving as vice president at the fine wine importing company.

“Over the last decade John Caruso has established himself as a quintessential component in the growth and development of Dreyfus, Ashby & Co.,” said Laurent Drouhin, brand ambassador and North American sales director of Maison Joseph Drouhin. “John truly understands the goals and vision of our operation in the US and we couldn’t be more pleased to bring him on as President.”

With a background in finance, including international exchange, Caruso has held key sales and marketing positions in the beverage alcohol industry since 1995, as well as a number of executive management positions, including president of The House of Burgundy, the prestigious New York wholesaler. From 2005-2007 Caruso joined the management team of the highly regarded Lauber Imports, a division of Southern Wine & Spirits. Caruso joined Dreyfus, Ashby in 2007 as the vice president of Marketing and Administration.

“I am excited and honoured to take this role. The Drouhins are one of the most iconic families in all of the wine industry,” said Caruso. “I look forward to continuing to work alongside the talented people at Dreyfus Ashby and with the wonderful family brands we represent.”

Dreyfus, Ashby & Co.was founded in London, England more than 70 years ago by Swiss-born Michel Dreyfus, and it was purchased by Joseph Drouhin in 1985.