As the fight to create ever-more creative cocktails continues, The Donovan Bar at London’s Brown’s Hotel has revealed a quirky collection of new serves. 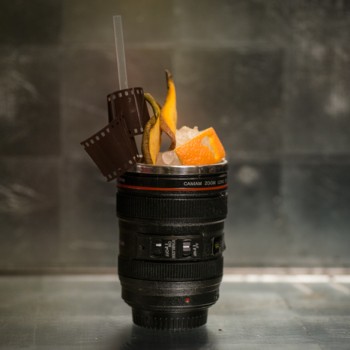 A trend for barbecue and smoked meat cocktails is currently gathering pace across London, while others have latched on to the supposed health benefits of bamboo charcoal, once used as a healing aid for stomach pain in Chinese medicine, using it to mix drinks, adding dramatic colour and smoky flavour to food and drinks.

The signature sip at Black Dice within Momo on Heddon Street is the Inked Daiquri, made with Mount Gay Black Barrel rum, lime, noisette and demerara charcoal, which adds a hint of smoke on the finish.

Others are taking cocktail garnishing to a whole other level, using everything from roast chicken and batteries to raw fish and beef to top off its serves.

At Donovan’s no container or garnish is off limits. Its new menu comprises 23 cocktails, many of which are inspired by the ten hotels across the Rocco Forte Hotels group.

Named in honour of British photographer Terence Donovan, The Donovan Bar is lined with his black and white prints and houses a “naughty corner” where the images are risqué – perfect for late night cocktails.

Scroll through for a peek at some of its most creative… 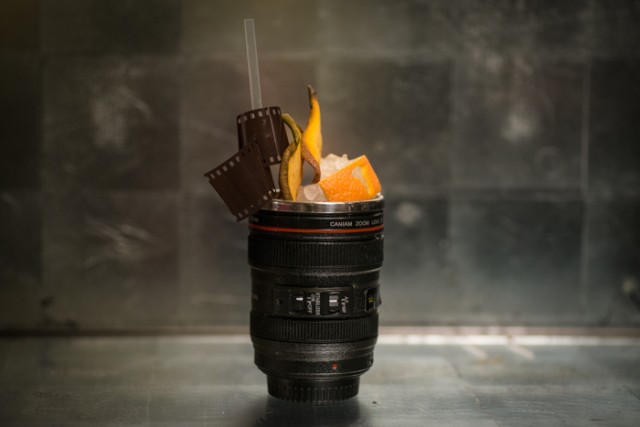 The Photographer blends Cointreau, Chase Marmalade vodka, fresh Summer fruit juices and syrups and Donovan Bar bitters. These ingredients are shaken and poured over crushed ice, served in a camera lens container topped with camera film. The final flourish is orange peel with a carving of the cocktail’s initials. A drink that begs to be photographed. 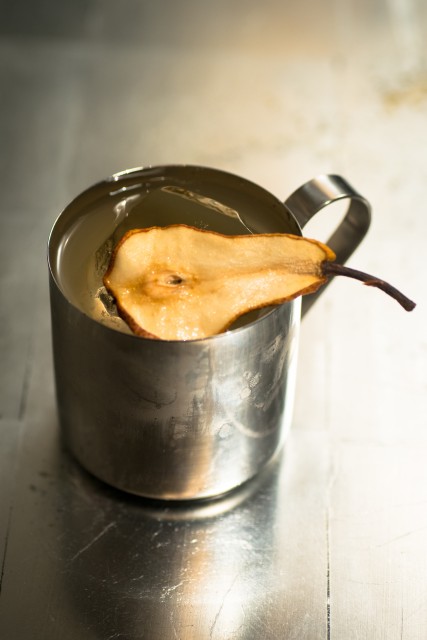 Rocco Forte’s Hotel Amigo in Brussels, which was originally a prison, inspired this cocktail. Calvados is mixed with fresh cloudy apple juice, Xante pear liqueur, fresh lemon juice and Gomme syrup, served with a single ice block and a sliver of dry pear, and presented in a stainless steel cup.

Lights on, Nobody Home 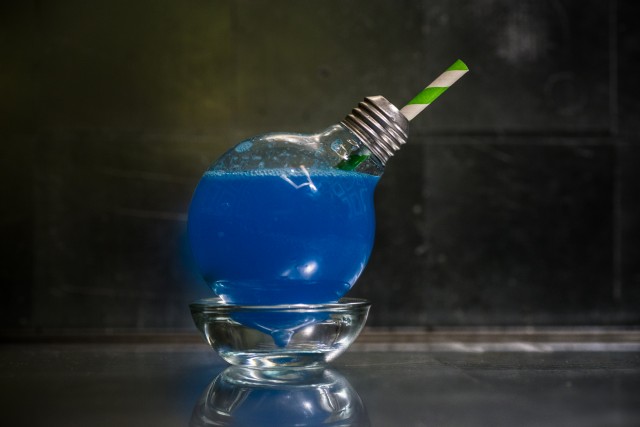 Served in a light bulb and drunk through a brightly coloured straw, this creative serve pays homage to The Hotel Savoy in Florence, which was lauded for its electric lightbulbs when it was completed in 1893. It blends Uluvka vodka, peach liqueur, sugar syrup, lemon juices and Blue Curacao, which is responsible for the drink’s vivid blue hue. 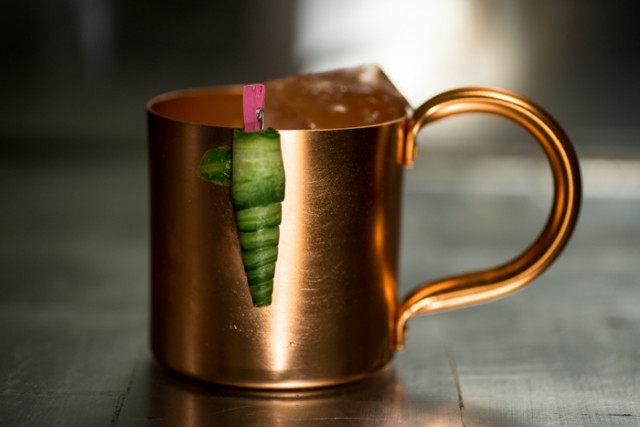 A blend of gin, elderflower liqueur, syrup and topped with Ruinart Brut NV, The Roman Cup honours Rocco Forte’s Hotel de Rome in Berlin and is served in a copper mug with a cucumber roll pegged on the rim. “Sweet and refreshing”, much like wine when it is in its first step of fermentation, the serve is intended to mirror the daily drinking habits of the wine-obsessed Ancient Romans. 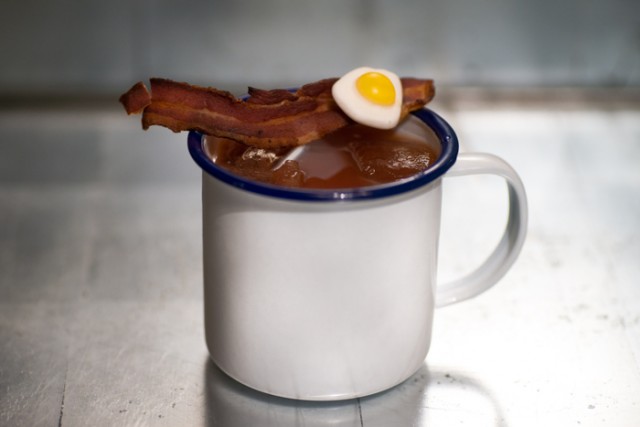 A twist on the classic Bloody Mary, the Smoking Mary is served in a Falcon-style metal cup which is first sprayed with 10-year-old Laphroaig whisky, before a Bloody Mary mix of tomato juice and Chase Marmalade vodka are added. The garnish is a bacon slice and a Haribo fried egg jelly sweet, a nod to this breakfast classic.

Grant Me A Journey 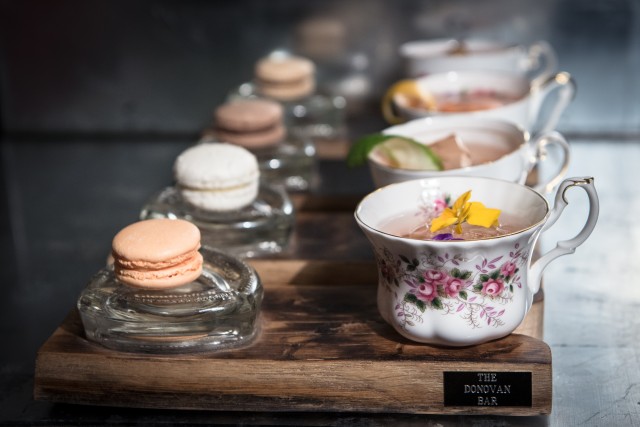 Topped with edible spring flowers and served in vintage tea cups, this cocktail is made with 21-year-old Glenfiddich, stirred with violet liqueur, rose and gomme syrups, lemon zest and Donovan bitters. It’s served with a macaroon on the side made by the hotel’s head pastry chef, the flavour of which will change with the seasons. Adding to its visual appeal, this cocktail is served on a slab of wood taken from a Glenfiddich barrel.