A three-year expedition by two wine enthusiasts to visit the most obscure winemaking regions in the world has reached its one year milestone. 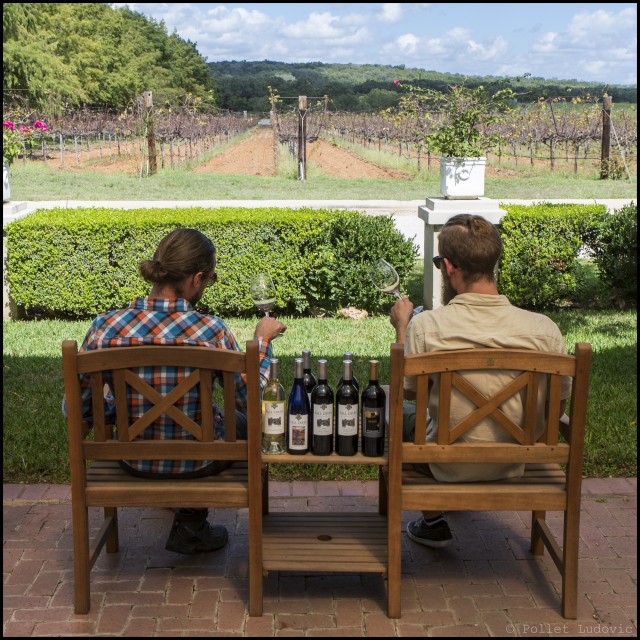 Jean-Baptiste Ancelot and his companion, Ludovic Pollet, have so far visited 23 countries, 178 wineries and tasted some 1,646 wines as part of the trip – its aim being to uncover the world’s least-publicised wine producing countries.

Having started with a tour of Africa on 8 January 2014, taking in the vineyards of Tanzania, Kenya and Ethiopia, the pair moved onto  Mauritius, Madagascar and Egypt, before trekking to their way through China, Japan and Canada.

The trip, which aims to yield an inventory of every wine producing country in the world, will be the basis of documentaries and books when it finishes in December 2016 and is being supported by Videlot, DB Schenker and Diam Bouchage. At its end, the pair will have visited 250 winegrowing regions, 92 countries, 1,500 vineyards and tasted 15,000 wines over 1,095 days.

The drinks business caught up with Jean-Baptiste to mark the project’s progress, his personal highlights, tips for emerging wine regions and what’s next on the pair’s itinerary.

What has been your number one highlight of the trip, so far?

This is a very hard question to answer. 2014 was a fantastic start for the Wine Explorers’ project visiting 23 countries. We passed by three continents (Africa, Asia and the Americas) and each of them had some exceptional stories to tell. Ethiopia has unique landscapes and vineyards above 2,000m from see level. Incredible. The country produces 11 million bottles/year and everything is drunk locally. Japan makes world class botrytis sweet wines, while in Mexico the Valle de Guadalupe produces outstanding reds. In the Vale dos Vinhedos, south of Brazil, sparkling wines can be brilliant.

What has been the lowest point of the trip and why?

Usually speaking the project encountered a great success so far and we are very thankful for that. People that we met and wineries that we visited usually warmly welcomed us and understood the project globally. It’s fantastic. Of there are always a few exceptions but we could count them on the fingers of one hand. It’s part of the game. The most important remains all this fantastic and positive energy that we receive every single day by our friends/followers and the people on our road. Without them such a project couldn’t exist because wine, travels and discoveries must be shared to become something valuable. 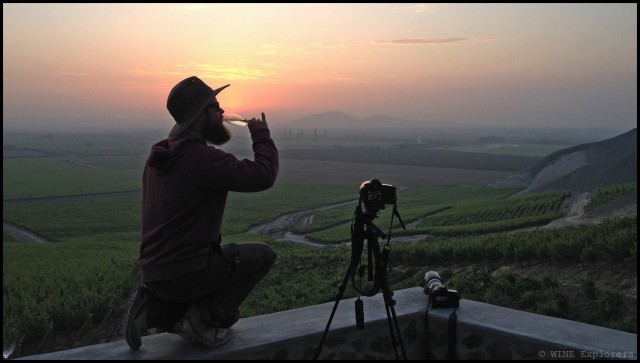 Which three wines tasted on (the first year of) your trip stand out?

The hardest question to answer! If we have to choose (only) three wines – sorry for the others – I’ll pick up one on each of the three continents visited, not to disadvantage any of them.

In the Nauklauft Mountain area, south-east of Namibia. Probably not the best Shiraz ever, but what a delicious moment to discover this well balanced and delicate red wine in the Namibian desert, 100km away from any civilisation in the middle of a wild life refuge. Perfect match with a local BBQ.

A marvellous Koshu (Japanese white grape) aged for seven months in French oak barrels, with notes of honey, apricot and acacia and a beautiful bold finish.

A lovely and nonconformist wine, like its producer Christian Barthomeuf, a talented winemaker who married Vidal and Geisenheim grapes in a single cuvée aged two years on the lees in open tanks. An incredible wine with notes of pastry and a velvet mouth.

What has the trip taught you about the world of winemaking?

Of the countries we passed by we didn’t see new techniques or machines changing radically the world of winemaking. However in the vineyard we learned a lot about different pruning systems, like in the USA where they use Scott Henry, an interesting system to provide aeration in the middle of the vines, allowing the wind to better dry the grapes to prevent diseases. In Japan they mostly use Pergola because of erosion issues. This system reduces the number of vines per hectare and naturally the amount of roots into the soils and subsoils.

Are there any little-known wine regions you have visited that you believe have real potential on international markets?

The Valle de Guadalupe in Mexico (even if the production is quite small) or the Tarija wine region of Bolivia, producing great wines of altitude above 1,600m to the see level. 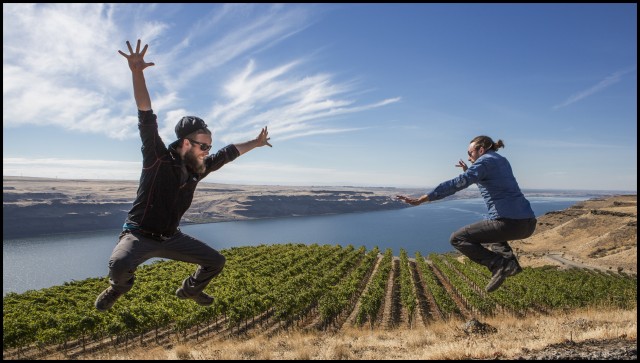 Even if we did 23 wine countries in 2014, the project is still in its infantile stage, as we have some 69 other wine countries to explore over the next two and a half years. We are starting 2015 with Australia, NZ & Indonesia (two wineries in Bali) and then we plan to do a big European Tour driving a high-tech van, then ending the second year of project with Cuba and the Dominican Republic.

Do you have any further more projects in the pipeline?

We do! Actually we are working on a wine documentary and also a few books to be edited just after the end of the Wine Explorers’ project (mid 2017). The first book will be a testimony of this “first global wine inventory”, of course a fascinating project itself. Other wine books will follow as we have a lot of content and pictures.

Ludovic, the “mister pictures”, of the project (photographer and cameraman) is also preparing an photo exposition in Paris for the end of this year (he won the Honorific Price of Terroir d’Images competition). Perhaps also we will have a wine bar in Paris in the future with a selection of top and crazy wines from the world… the possibilities are unlimited 🙂 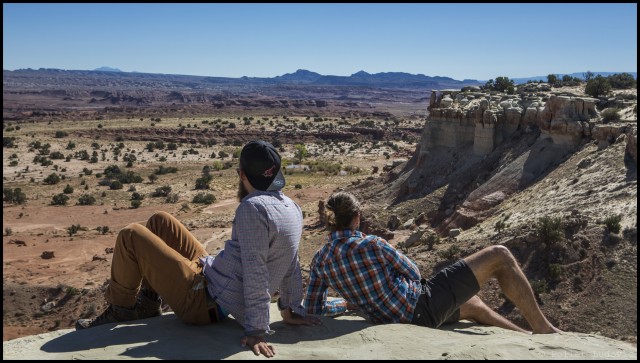