Van Duzer Vineyards in Oregon has found a novel use for its leftover Pinot Noir grape pomace – feeding it to calves on a neighbouring farm. 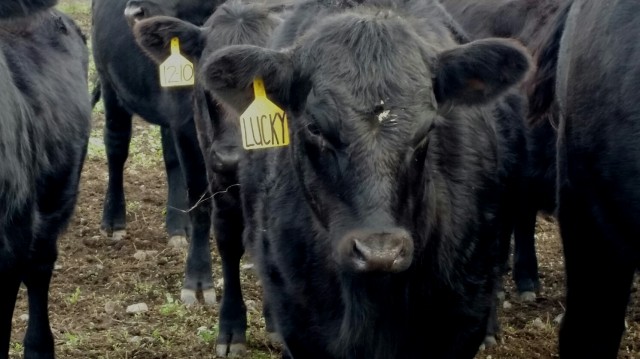 Having harvested 230 tonnes of grapes this year, the estate has been left with 30 tonnes of pomace to dispose of.

Having turned a large chunk of it into fertilizer, the estate had enough left over to be able to offer it to nearby Flying F Ranch to feed its yearling beef calves.

In addition to their traditional diet of grain and hay, the lucky herd of Angus cattle are being treated to Pinot Noir pomace, which they’ve developed a taste for.

“We tried giving them the pressings from our Pinot Gris too, but the cows didn’t like those stems,” said Van Duzer’s vineyard manager, Bruce Sonnen.

Ranch owners Brenton and Cassie Field report that the calves look forward to feeding time every day, with the pomace providing energy and roughage.

“The ranch will be able to produce better tasting meat from their cattle in addition to helping us dispose of our waste. That’s a win-win for both of us, especially when they share some steaks with their friends at the winery,” joked Sonnen.

Given that the skins have been fermented, Sonnen admitted that the traces of alcohol had an effect on the cows.

“They get a bit buzzed. The older cows don’t go for the skins, but the ‘teenage’ calves can’t get enough,” he said.