A steady shift back towards traditional vinification methods among Rhône producers is helping to underpin quality across the region, according to Simon Field MW, Rhône buyer for Berry Brothers & Rudd. 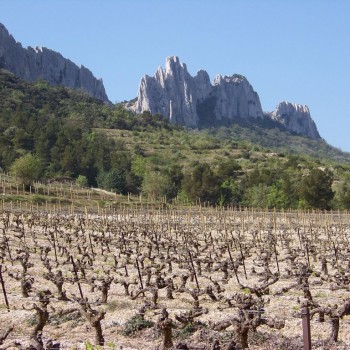 Speaking to the drinks business as the UK merchant prepared to welcome 300 customers to its Rhône 2012 en primeur tasting in London yesterday, Field summed up the vintage as “not big boned but elegant-plus.”

Noting that in general the wines “do not have the concentration of the 2010s”, he drew closer comparisons with 2011 or the “less weighty but magnificent” 2006 vintage.

Despite his praise for the quality of the finished wines, Field noted that the early part of the 2012 growing season was “quite tricky, especially in the south where some of the old Grenache vines actually died.” Although warmer weather during the summer and stable autumn conditions were good news for quality, the cool springtime conditions meant that some producers’ yields were down by as much as 30%.

Aside from considerations relating to weather conditions, Field suggested that the most successful results in the a Rhône today tend to come from producers who stick to the region’s traditional approach of “ferment in cement and then leave in foudres for a year.” Indeed, he reported signs of a general shift back in this direction, remarking: “a return to tradition seems to be the thing.”

Within Berry Bros’ own list, Field noted “a move away from Châteauneuf du Pape”, where he argued that too many wines – “not our own of course” – are becoming “a little bit ponderous these days.” Instead he remarked that he was “looking a little bit more carefully at the villages, places like Vinsobres or Cairanne, which is reaping dividends.”

Although white Rhône represents a small proportion of Berry Bros’ total sales from this region, Field confirmed there was “more and more interest” in these wines.

“The general aperçu is that the whites are now less oxidised and made in a cleaner fashion to show what you can do with Grenache Blanc,” he remarked, adding: “more and more people are also using varieties like Clairette and Bourboulenc.”