Research for Bibendum earlier this year suggested that the London Olympic and Paralympic Games would generate an extra £323m for the UK on-trade, but suppliers to top West End hotels and restaurants are already counting the costs of dislocation in the capital. 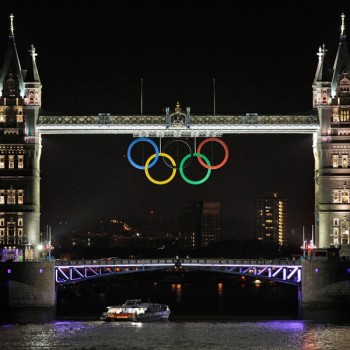 A fine wine shipper who spoke to the drinks business on condition of anonymity, said that he calculated that costs he could not pass on to customers would rise by at least £30,000 in July and August.

They would be caused by additional overtime payments and associated charges generated by enforced night-time deliveries and fees for security checks. These include inspecting every delivery vehicle on its way into London at a site near Heathrow, securing the truck and then verifying that the security seals are intact at the delivery location.

In addition, the same shipper fears that he will actually sell less wine than normal in July and August because of the Olympics.

“The five star hotels will get boosted room rates from the ‘Olympic Family’, he said, but their restaurants and bars will not be busy because the guests will be enjoying hospitality at the Games venues. Chains and cheaper restaurants will benefit, but not the five-star venues.”

The comments come in the wake of booking website hotels.com reporting that average room rates in the capital are falling as the Games approach. The mean has dropped from £202 a night at the start of June (at the time of the Diamond Jubilee) to £160 last week. While that is a 75% rise on rates at this time last year, it reflects visitor resistance to hoteliers trying to cash in on the Games, says Hotels.com.

Another website, trivago.co.uk, said last week that 36% of hotel rooms in the capital are unsold for the period of the Olympics, while an inbound tour operator reports bookings for London breaks down by 35% on the same period last year.

Meanwhile, Bibendum, which unsuccessful competitors for the contract believe paid at least £1m to become the sole official supplier of wines to the Games, is importing some 3m bottles of endorsed wine for sale at the Olympic Park in East London as well as other official venues.

The Chenin Blanc white and the rosé are from the Stellenrust estate of Stellenbosch in South Africa, while the red, a Shiraz/Tempranillo is from Brazil, which will host the 2016 Olympics. While these will be the only wines available to most spectators inside the Games sites, a range of prestige wines is being supplied for official hospitality venues.

The only sites at which the Olympic-endorsed wines will not be sold are at Hampden Park soccer stadium in Glasgow, which does not have a licence, and the whitewater canoe course in the Lea Valley.