Let the battle of the Super Bowl booze ads commence

On 12 February two battles will take place in Glendale, Arizona, with half of America and much of the world watching on. One will take place on the pitch; the other on physical and virtual billboards. 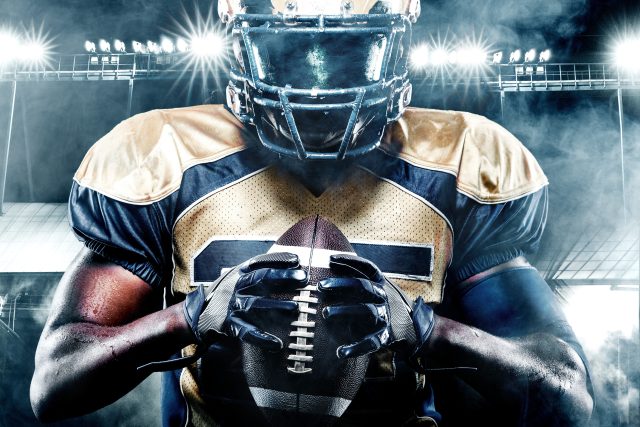 Glendale is the location for the 2023 version of Super Bowl, the single largest occasion in the US sporting calendar when two teams of huge American athletes will slug it out for the title of the best gridiron (American football) team on the planet.

It is also one of the biggest days in the US advertising year when brand owners pitch their products and their selling persuasiveness at a global audience measured in the billions when they are glued to big screens and televisions as the game plays out.

The winners can measure their fortunes in tens of millions of dollars; for the less successful it can prove an expensive let down.

The perceived wisdom on Madison Avenue is that a successful commercial can generate a 500% uplift in sales in the days after the game.

In the US, Fox, the host broadcaster, has set a rate of $7 million for a 30-second slot during the game. Rates in other countries depend on the popularity of American football, but nevertheless they are among the most expensive for a single event.

That $7million a minute is not simply the cost to advertise in the US during natural breaks in the play, such half time (which is itself an extravaganza, with Rihanna topping this year’s bill) but also during the hiatuses after scores, during substitutions and timeouts. The network never lets a pricey opportunity pass.

The attraction to advertisers is that these breaks are not precisely scheduled so they are able to maximise their “hits” because fans are not heading to the fridge to restock their refreshments and thus missing the message.

This year, however, the advertising playing field has changed because for the first time in decades, beer makers and spirits brands are able to advertise during the play itself (not just in the build up and the aftermath) as Anheuser-Busch InBev has given up its alcohol category exclusivity for the match itself.

Bud will no longer be picking up a massive bill. “It’s all about freeing up resources after spending a significant amount of our yearly budget in the first quarter and pretty much in one day,” the company said.

It also felt that the contract was not “exclusive” because rival brewers mounted local TV and social media campaigns designed to cash in on the day at the same time as wines and spirits groups bought into the before and after shows.

But rivals do not share that analysis. Almost immediately on AB InBev pulling out of its deal Molson Coors announced it would return to the Super Bowl.

And spirits groups have leapt at the opportunity to advertising during the game.

A month ago Rémy Cointreau said it would up its Super Bowl game this year with a nationally broadcast 60-second slot during the first quarter following two years in which it has targeted selected regional markets.

It ad will  feature Rémy Martin Cognac and highlight “the teamwork of the brand and its pursuit of excellence”.

This follows campaigns in the past two years which comprised 30-second slots for The Botanist gin and Cointreau liqueur.

Nicolas Beckers, chief executive of Rémy Cointreau Americas said: “This national campaign reinforces our continued investment in having our brands show up during one of the biggest sports moments of the year and is a major milestone in the growth of Rémy Martin”.

Similarly, Diageo will be spending big by making its Super Bowl debut with a 30-second slot during the third quarter to push Crown Royal, its premium American whiskey.

It will plug the whiskey’s heritage and marketing positioning around gratitude, according to Sophie Kelly, Diageo’s senior VP for whiskeys in North America.

It will also feature an endorsement by an un-named celebrity who is a long-term Crown Royal drinker. So far Diageo has managed to keep the identity under wraps.

Heineken is also stepping in to promote its non-alcoholic beer, Heineken 0.0, with a 30-second spot that will appear during the first half of the game.

In 2019 the “non-alcoholic beer category was and is still so small” he said. “It’s about educating consumers and creating a category.”

That Heineken is advertising during the Super Bowl to make sure its non-alcoholic beer is in full view during one of the few events where consumers are paying attention to the ads is a sure sign that competition is heating up in the alcohol-free market.