Drinks trade must change its attitude to bulk wine, says The Park’s GM

With bulk wine booming due to soaring container costs and lengthy shipping delays, Richard Lloyd, general manager of The Park, tells db why the industry needs a rethink around bulk. 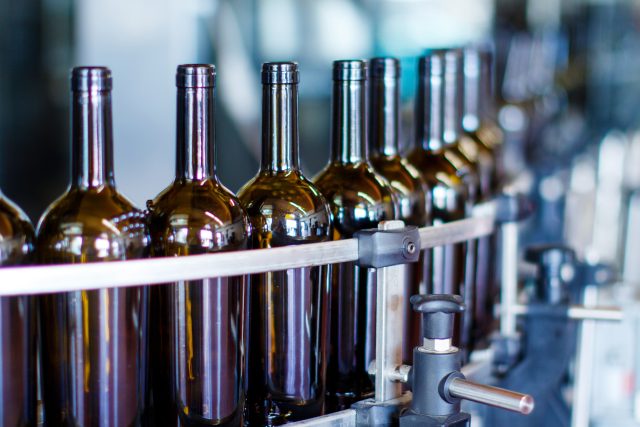 You don’t often hear members of the trade espousing the quality of bulk wine over wine that’s bottled at source, but Richard Lloyd isn’t afraid to take a stand. He is also better positioned than most to lead and dissect new scientific research into the potential that bulk has for ensuring superior quality.

As general manager of Bristol-based bottling and warehousing facility The Park, Lloyd has built his career and the firm’s impressive customer list, including Mudhouse, Echo Falls, Kumala and Hardys, on the back of the advantages of bulk – not just financial and environmental benefits (of which there are many), but also in terms of the quality of the final product.

According to Lloyd, the industry is ready for a long overdue shake-up, and historical prejudices need to be addressed.

“I don’t believe the average consumer even considers the bulk aspect when it comes to making a buying decision,” he tells the drinks business. “It’s not a secret, but no-one is overtly advertising to consumers that their wines are packaged in the UK. I personally think the industry should be ready to change this – it’s something we should be incredibly proud of for all its quality and environmental benefits.”

He compares making the move to bulk wine to switching over from corks to screwcaps.

“When we first transitioned in 2009 to screwcap — a technically far superior closure for our wines than cork — the industry was nervous about customer perception but there was no backlash. It feels the same now with bulk —its just the right thing to do for the wine and I think people would understand and embrace that.”

“Using submersible temperature loggers we have been able to prove that the temperature fluctuation stresses are actually less in bulk transit than those experienced by bottled product,” Lloyd tells db.

“Due to the bulk of the wine, the temperature variation seen in transit varies from 12 to 27°C, while bottled wine experiences a much bigger arc of air temperature – around 5 – 33°C.”

Before loading, each batch of wine is quality assured through a suite of analytical checks and tastings before being given the green light to load. In the case of The Park, this process is carried out by its in-house WSET-trained staff.

“For our Australian exports, a spectral “fingerprint” of the wine is also taken using FTIR (Fourier Transform Infrared Spectrophotoscopy) technology,” says Lloyd. “These fingerprints can be cross-matched once unloaded in the UK, using the same equipment, to ensure that the wine does not change at a molecular level during transit.”

During the offload, carbon dioxide levels are measured and adjusted on a closed loop system to ensure that every litre of wine has the right amount of spritz. “This is particularly important as the wines come towards the end of the vintage and can appear tired,” says Lloyd. “We ensure we pack wines at a consistent level of quality for the entire vintage.”

Furthermore, intelligent camera systems inspect every cap on every bottle to ensure that the reform, thread definition, and tuck under are in balance and that every bottle opens cleanly and correctly.

Is it time to put old preconceptions around the quality of bulk wine to bed? Lloyd believes so.

“Wine has been transported in barrels to the UK for packing by local merchants close to the point of sale for hundreds of years. This included premium wines such as Champagne that were destined to be packed into higher quality glass in the UK than the countries of origin could produce. British glass was of better quality due to the higher furnace temperatures resulting from a higher standard of coal. It was only from as recently as 1924 that things began to change in terms of growers bottling at source.”

He says that things have now come full circle, with 60% of Australian exports now transported in bulk and packaged in-market. And if further proof were needed of the bulk sector’s capability to protect the integrity of wine: “Our complaints rates are around two complaints per million units sold,” Lloyd says. “We consider that to be world-leading, bulk or otherwise.”