A rare 3-litre bottle of 1971 Domaine de la Romanee-Conti la Tache has been sold or $81,250 – only the second time that a bottle of this kind has ever come to auction. 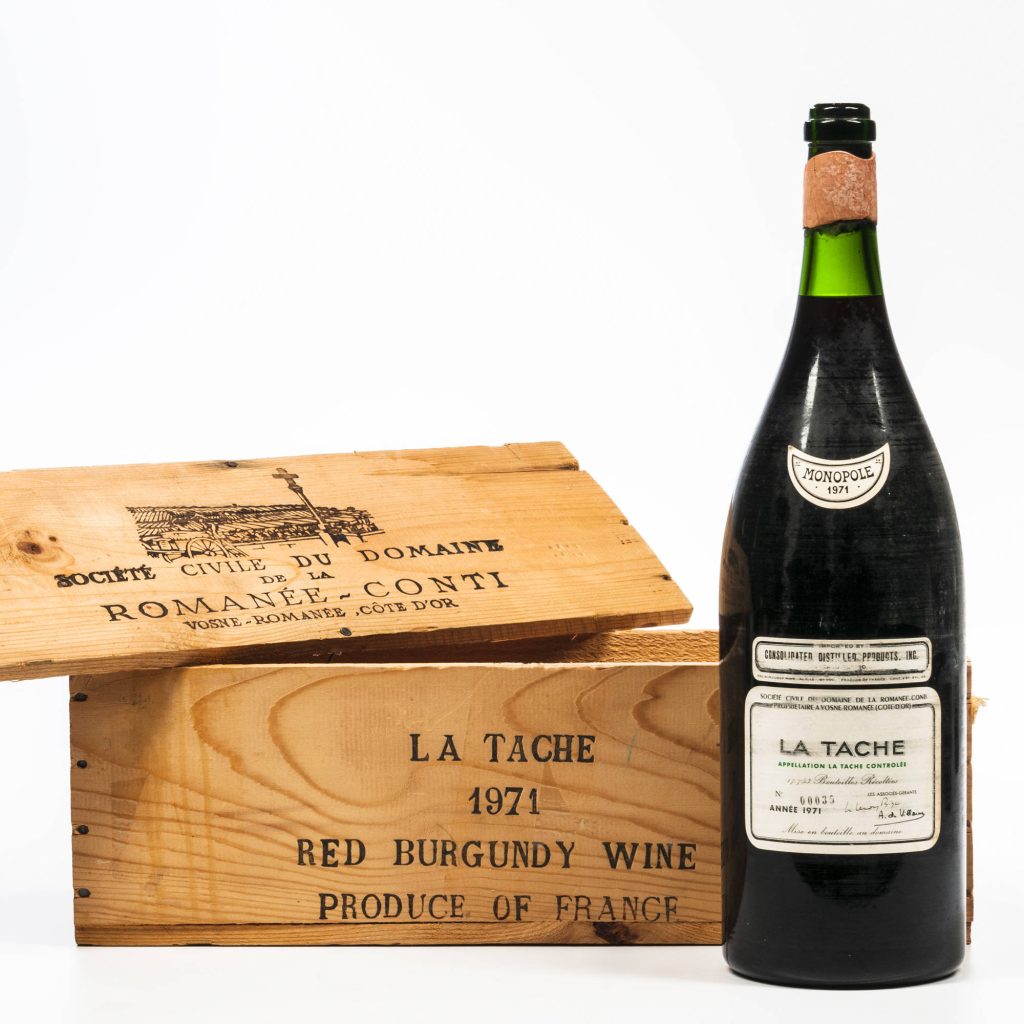 The wine was the highlight of Bonhams Skinner’s recent Fine Wines and Rare Spirits auction, which had a pre-sale estimate of around $60-90,000.

This was a serious return on investment for the vendor, a longtime wine collector from San Francisco, who had hoped the bottle would make at least $20,000. The lot also contained the original receipt when the 1971 Domaine de la Romanee Conti La Tache was bought in 1979, for £325 plus tax.

The exceptionally rare large-format bottle holds the equivalent of four bottles and the only other example to come to the market was sold for  $90,000 in 2021.

A second bottle of wine from the same vineyard was also in the sale, a 1969 Magnum of Domaine de la Romanee-Conti Romanee-Conti (from a different vendor), which sold for $37,500.

Bonhams Skinner had described the sale as “a uniquely rare moment for buyers to acquire large formats of these exceptionally difficult-to-find wines, often referred to as one of the greatest wines in the world”.