North Brewing Co is growing with the opening of ‘North Taproom: Snow Hill’ in Birmingham’s city centre this year. 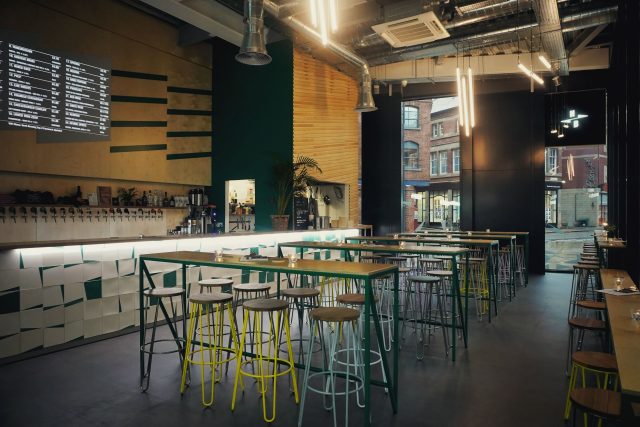 North Taproom: Snow Hill, which will open in November, is the Leed’s-based brewer’s ninth venue, and the team’s first outside of its home county of Yorkshire.

Speaking to the drinks business, North Brewing Co co-founder John Gyngell said: “Birmingham is an incredibly exciting place, and we feel very lucky to be joining such a vibrant independent scene in the city. The city is home to fantastic indie breweries, bars, bottle shops and restaurants alongside world leading firms and businesses. The investment in the city from the Commonwealth Games and the HS2 project is fantastic to see, and we cannot wait to be a part of it.”

The brewer has assured that the new venue will be a warm and welcoming space showcasing North’s extensive core range, alongside an ever-changing line-up of beers, wines, cocktails, ciders and spirits from an eclectic range of local and international producers.

Fellow Leeds-based brand, Little Bao Boy, will also be making the move with North, serving up a menu of contemporary Asian street food at the site.

The new venue will be a 2,500sqft space located minutes from Snow Hill station in the heart of the city centre and will be housed in a modern glass building, creating a light and airy space for city dwellers to enjoy seven days a week. The taproom will seat 100 covers inside, with space for an additional 30 standing guests, and an extensive covered outdoor seating area that will seat a further 50.

In keeping with North’s aesthetics, the taproom’s interiors will feature plywood,
plants and clean lines to create an open, spacious relaxed Scandi feel along with a large bar with 24 tap lines surrounded by a mix of high and low seating alongside fridges of cans to drink in or take away.

North also revealed that the plan is for the venue to help boost hospitality recruitment as well as become a place where people can find beers from other local breweries and international craft brewers of merit.

Gyngell told db: “We will be creating 20 new jobs in the city, including management positions supported by our HQ staff here in Leeds, and pouring beers from local breweries alongside international craft brewers.”