Ayana Misawa, fifth generation winemaker of Japan’s Grace Winery, has collaborated with a Japanese jewellery brand to release a range of grape-inspired jewellery. 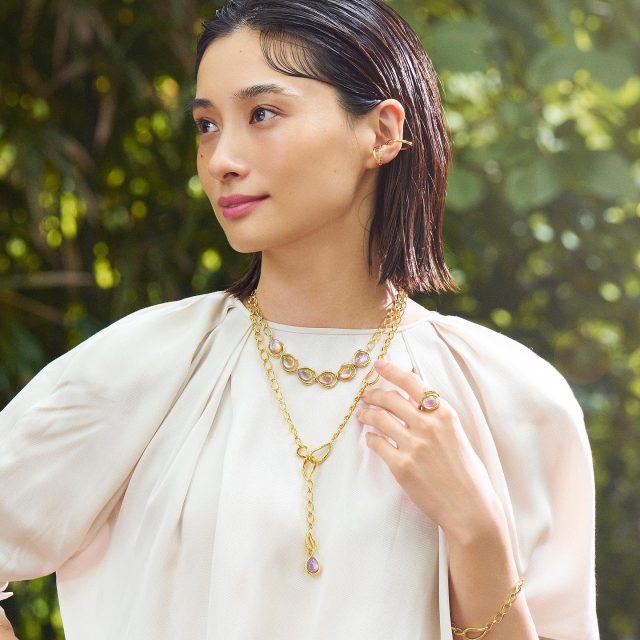 Japanese jeweller Vendome Boutique has joined hands with winemaker Ayana Misawa from Grace Wine to announce a new collection for the Autumn/Winter 2022 season.

“Grace Garden” takes inspiration from the process of winemaking and hopes to deliver “the warmth of natural beauty”.

Grace Wine was founded in 1923 in Katsunuma, Yamanashi Prefecture, with a philosophy of “expressing the beauty of Japan in wine”. As the fifth generation of the family, Misawa has been involved with the winery since childhood. The collaboration was brought to life to celebrate the works of women. Both companies strongly believe that both wine and jewellery can resonate with the sensibility of Japanese craftsmanship.

The jewellery collection is designed based on the inspirations Misawa takes from the winemaking process. For instance,  “Tears of grapes” captures the movement of the “weeping vines” (known as ‘les pleurs’ in French) after pruning. Featuring ametrine and mother of pearl, the glittery appearance subtly represents the “tears”. 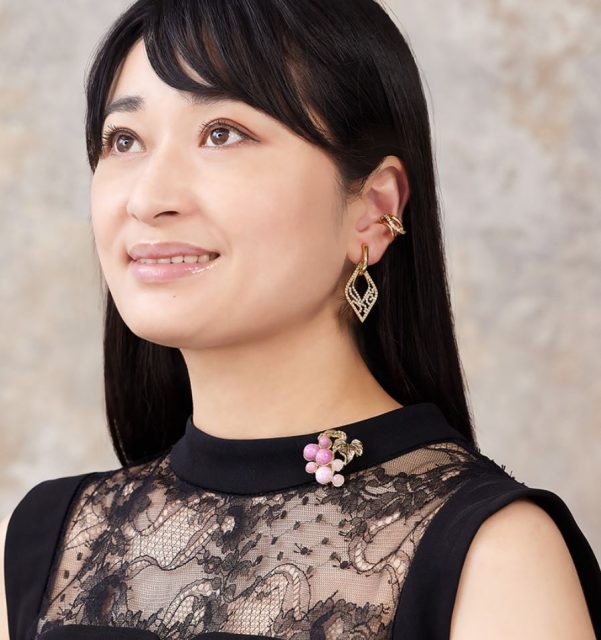 Other designs in the collection include a grape brooch that highlights the dedicated effort of Koshu grape planting, which has been deep-rooted in Yamanashi for more than 1,000 years.

She has also incorporated elements of the birds and dragonflies that visit the vineyard during summer and autumn respectively to reflect the different seasonalities of the vineyard in a brooch, which adds colours to the outfit.

Bubbles of sparkling wine and the ridgeline of the mountains seen from Grace Wine’s vineyards have also served as inspiration for jewellery designs in the collection.

As the eldest daughter of Grace Wine, Misawa studied winemaking in Yamanashi, Bordeaux and Stellenbosch, and served at various international wineries including Errazuriz, Mountford and Cape Point. Under her helm, Grace Wine won the first gold medal for Japanese wine at an international wine competition.